GK Questions and Answers on the India’s Wildlife Conservation Projects

A biodiversity hotspot is a biogeographic region with significant levels of biodiversity that is threatened with humans. Here, we are giving 10 GK Questions and Answers on the India’s Wildlife Conservation Projects for the general awareness. 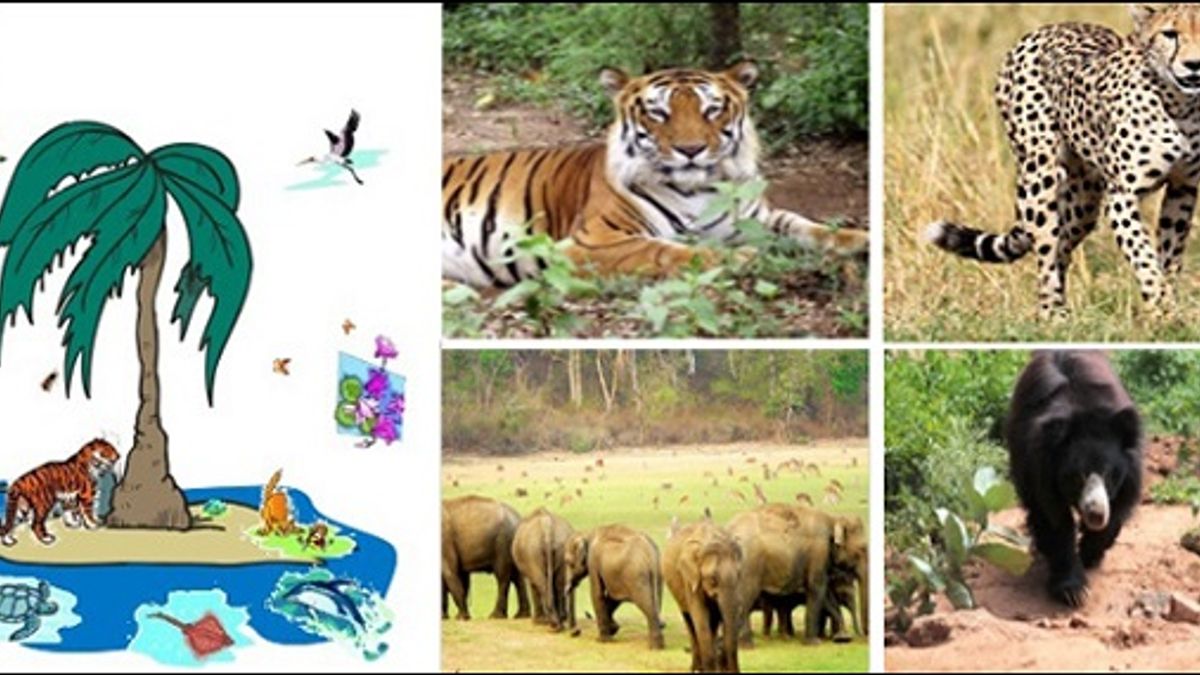 GK Questions and Answers on the India’s Wildlife Conservation Projects

India is one of the 17 mega diversities in the world and has the most biodiverse regions on the Earth, which is comprised of four of 35 biodiversity hotspots of the world like the Western Ghats, the Eastern Himalayas, Indo-Burma and Nicobar Islands in Sundaland. In the Wildlife Division of the Ministry, the Additional Director General of Forest (WL) and Director, Wildlife Preservation is the head of the Wildlife Wing.

1. When was the Project Tiger launched?

2. When was the Project Elephant launched?

GK Questions and Answers on Soil and Natural Vegetation

3. When was the government of India had launched the Project Snow Leopard?

4. When was the Central Zoo Authority established in India?

GK Questions and Answers on Lakes of India

5. Consider the following statement (s) related to the objective of Project Elephant

I. To protect elephants, their habitat & corridors.

D. None the above

6. What does the term 'MIKE' stands for?

A. Monitoring of Illegal Killing of Elephants

B. Monitoring of Illegal Killing in Europe

GK Questions and Answers on Ecological Succession and Pyramid

7. Which of the following is not MIKE site in India?

8. Which of the following Mike Sites is not correctly matched?

GK Questions and Answers on the Biodiversity and Legislation

9. Consider the following statement (s) related to the objective of Project Tiger

I. To ensure a viable population of tiger in India for scientific, economic, aesthetic, cultural and ecological values

II. To preserve for all time, areas of biological importance as a natural heritage for the benefit, education and enjoyment of the people.

10. Consider the following statement (s) related to the objective of MIKE

I. To measure levels and trends in the illegal hunting of elephants

II. To determine changes in these trends over time

III. To determine the factors causing or associated with such changes, and to try and assess in particular to what extent observed trends are a result of any decision taken by the Conference of the Parties to CITES.

In the above 10 Gk Questions and Answers on the India’s Wildlife Conservation Projects is a set of 10 Multiple Choice Questions that attune and equipped the readers as per the evolving nature of different competitive examinations.