This year Good Friday is celebrated on 10th April, This day considered as an auspicious day in Christianity. On this day Christians observe fast, visit the church and remember the sacrifice of Jesus Christ. Let us find out some amazing facts about Jesus Christ. 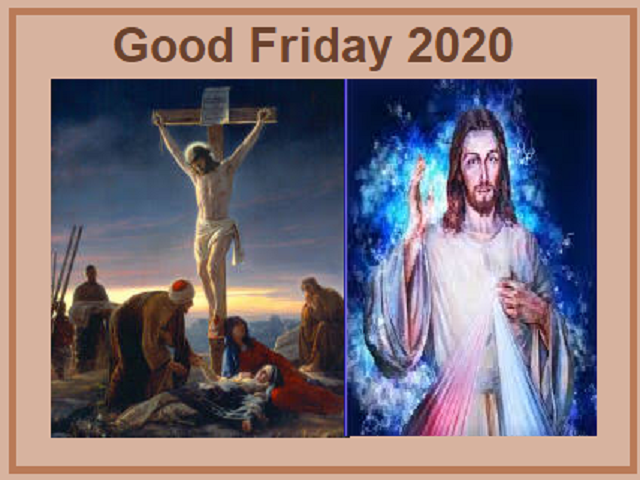 Good Friday is observed by Christians to commemorate the crucifixion of Jesus Christ and is observed on the Friday before Easter Sunday. On this occasion, people observe fast visit the church and remember the sacrifice of Jesus Christ. It is also known as Black Friday, Holy Friday, Great Friday, or Easter Friday.

According to the spiritual accounts of the Sanhedrin Trial of Jesus, Jesus was probably crucified on Friday. According to the Bible and the Julian calendar, the approximate year of Good Friday is 33 AD, while Isaac Newton described the difference between the Bible and the Julian calendar and calculated it on the basis of the size of the moon, that the year was actually 34 AD.

1. The Roman Catholic Church considers Good Friday as a fasting day, while according to the Church's Latin rituals, once a full meal is taken on this day (although it is less than a regular meal and often eaten fish instead of meat) and two hors d'oeuvre. (A snack, which does not even equal double the amount of a full meal) is taken. In countries where Good Friday is not a holiday, work is usually stopped for a few hours after 3 pm.

What is the Easter Festival and how is it celebrated?

3. According to Baltimore Catechism, Good Friday is called as Good because Jesus Christ took life again after his death and gave the message that, O man, I am with you forever and my purpose is to do good for you. Good here means HOLY. Therefore Good Friday is also called Holy Friday, Black Friday or Great Friday.

5. On Good Friday, several shops are closed in various English-speaking countries, like Singapore. Also, some advertisements are removed from television and radio broadcasts.

6. Ireland is primarily a Catholic country where on Good Friday the sales of all types of alcohols are prohibited. Whereas in Germany the performance, plays in theatres, including public dance, are considered illegal on Good Friday.

7. In India, on Good Friday, along with the central holiday, there is a holiday in the states and the stock markets are also closed. Some states such as Assam, Goa and Kerala, where the percentage of the Christian population is high despite not being in majority, many other businesses also remain closed, but in the rest of the country, most businesses are open on Good Friday.

8. Eastern Orthodox Christians keep hard fast on the day of Good Friday and the next day, while Roman Catholics fast on this day and eat very little food. In several English speaking countries, hot sweet chapattis are eaten on this day.

9. Kites are flown in Bermuda on Good Friday. Often these kites are handmade with the help of wood, coloured tissue paper, glue and string. The shape and wood of these kites are used as a symbol of the cross on which Jesus died. In addition, kites flying in the sky symbolize their ascension to heaven.

10. In the UK there is no horse racing on Good Friday, although, for the first time in 2008, Casinos were kept open on this day. The BBC for many years broadcasts news on Radio 4 at 7 in the morning on Good Friday that starts with a verse from Issac Watts hymn "When I Survey the Wondrous Cross".