US H-1B visa ban: What impact will it have on the Indian workforce?

H-1B visa suspension: The Trump Administration on Tuesday has extended its 60-day ban on immigration and non-immigration work visas till December 31, 2020. This move comes after the economic slowdown in the American economy due to COVID-19 pandemic and will impact the Indian IT professionals. 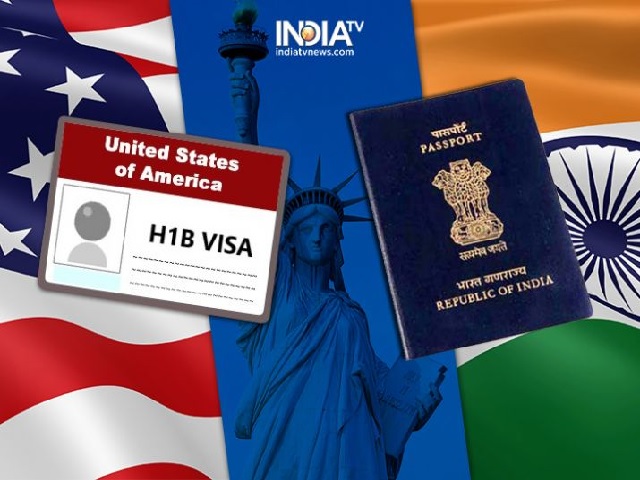 The White House in a press release stated that it is extending the 60-day ban on immigration and non-immigration work visas till December 31, 2020. This move will help the US economy which has been affected due to the coronavirus pandemic and will also help US nationals to secure jobs who have been impacted badly due to the COVID-19 pandemic. Many popular work visas such as H-1B, H-2B, H-4, and several categories of J and L visas shall remain suspended.

How the suspension of H-1B visa affect the Indian workforce?

H-1B visa is highly popular among Indian IT professionals. Indian IT companies are amongst the highest beneficiaries of this work visa since the 1990s.

The Trump Administration has also fixed the broken system of the H-1B visas-- made changes to the visa norms. As per the new norms, the highly-skilled workers who are paid the highest wages by their respective companies. This will, in turn, affect the margins and worker wages of Indian IT companies, sending hundreds of employees on low-cost to work in the US.

Although Indian IT companies hire around 50% of its staff locally to cut down its dependency on H-1B and other work visas, they still rely on these foreign visas to balance the cost.

1- H-1B Visa: Every year around 85,000 visas of this category are granted to the highly skilled workers in the IT sector and are valid for a period of 6 years. In 2019, the US issued  188,123 H-1B visas for both new applicants and renewals. These are highly popular among Indian citizens.

3- H-4 Visa: The H-4 visas are meant for the spouses and children of the foreign workers working on H-1B and H-2B visas in the US. The validity of this visas is the same as the H-1B visas. In 2019, the US issued 25,999 H-4 visas. These are highly popular among Indian as well as Chinese citizens.

4- J-1 Visa: This category of visa is for cultural and educational exchange programmes and are valid up to seven years depending on various factors. In 2019, the US issued  353,279 J-1 visas for both new applicants and renewals. These are highly popular among Chinese, Great Britain, Northern Ireland and German citizens.

6- L-1 Visa: This category of visa is meant for high-level and specialized company employees. The validity of these visas is 7 years with no annual cap. In 2019, the US issued 76,988 L-1 visas. These are highly popular among the Indian, Great Britain, Northern Ireland and Brazillian citizens.

7- L-2 Visa: This visa category is meant for the dependents of L-1 visa holders and has the same validity as that of the L-1 visa. In 2019, the US issued 80,720 L-2 visas. These are highly popular among the Indian and Brazillian citizens.

Previously, several foreign technology professionals who are working on H-1B visas were fearing massive layoffs in the United States due to the coronavirus pandemic. Many US-based companies informed its employees working on H-1B visas that they could be fired soon. The H-1B visa holders demanded the Trump Administration to amend the rules and to extend their permissible stay in the United States post-unemployment from existing 60 days to 180 days.

COVID-19 Map: List of all the countries in the world affected by Coronavirus

The H-1B is a non-immigrant visa through which technology companies hire thousands of employees every year from countries like India and China in speciality occupations that require theoretical or technical expertise. According to the existing rules, the H-1B visa holders must leave the United States within 60 days post-unemployment along with their families.

What does the petition state?

Fearing the layoffs, H-1B employees have started a petition campaign on the official website of White House to extend their post-unemployment permissible stay. The petition states, “ We request the government to temporarily extend the 60 days grace period to 180 days and protect the H1B workers under these difficult times."

The petition further states that many H-1B workers are from India and they won’t be able to travel along with their children (who are US citizens) due to the entry ban in the wake of the coronavirus cause. The petition has been so far signed by more than 20,000 people, but it requires a minimum of 100,000 signatures to get a response from White House.

Due to slowdown in the American economy, many experts fear massive layoffs in various sectors. Approximately 3.3. Americans have filed unemployment claims as of March 21, 2020, and this will worsen in the coming weeks.

As per the existing rules, the people who are working on H-1B visas in the United States, are not entitled to unemployment and social security benefits. However, the amount for these benefits is deducted from their salaries.