The term ‘Asia-Pacific’ is associated with the part of Asia that lies in the Pacific Ocean while Indo-Pacific is an integrated region that combines the Indian Ocean, the Pacific Ocean, and the landmasses that surround them. 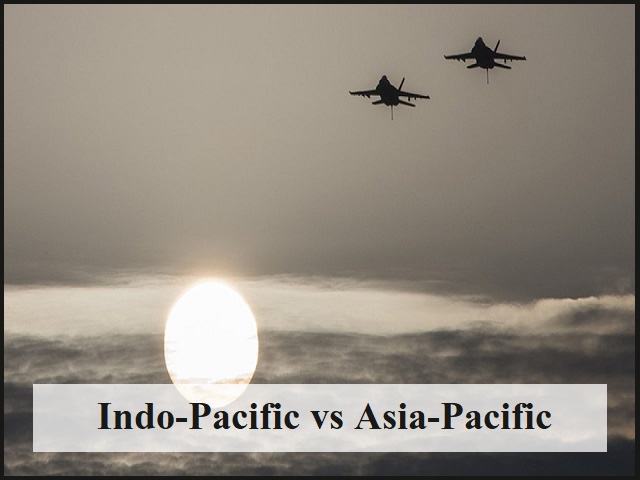 On 8 February 2021, U.S. President Joe Biden had a telephonic conversation with Indian Prime Minister Narendra Modi.  The leaders agreed to continue close cooperation to promote a 'free and open Indo-pacific', including support for freedom of navigation, territorial integrity and stronger regional architecture through the Quad.

In this article, we have underscored the difference between Asia-Pacific and Indo-Pacific, and have also shed light on the telephonic conversation between the Indian Prime Minister Narendra Modi and the United States President Joe Biden.

As per a statement released by the Ministry of External Affairs, Government of India, Prime Minister Modi warmly congratulated U.S. President Joe Biden and conveyed best wishes for his tenure. PM Modi also looks forward to working closely with him to further elevate the India-US Strategic Partnership and invited President Biden and First Lady Dr. Jill Biden to visit India at their earliest convenience.

As per a statement released by White House, the leaders committed that they will work closely together to win the fight against the COVID-19 pandemic, renew their partnership on climate change, rebuild the global economy in a way that benefits the people of both the nations and stand together against the scourge of global terrorism.

United States President Joe Biden highlighted his desire to defend democratic institutions and norms around the world and noted that a shared commitment to democratic values is the bedrock of U.S.-India relationship.

Additionally, the leaders resolve that the rule of law and the democratic process must be upheld in Burma. U.S. President Biden and Prime Minister Modi agreed to stay in close touch on a range of global challenges and look forward to what the United States and India will achieve together for their people and for their Nations.

This comes after the leaders of Quad members are working to arrange their first meeting amid China's growing clout in the Indo-pacific region. During the envisioned meeting, the Quad members-- India, the U.S., Japan and Australia-- may discuss over a 'Free and Open Indo-Pacific'.

In 2019, under the Quad Framework, the leaders of the four Nations met in New York for the first time. In 2020, another meeting was held in Tokyo amid the COVID-19 pandemic. During the meeting, the then US secretary of State Mike Pompeo brought to the forum a denunciation of China's "exploitation, corruption, and coercion" of neighbouring countries.

United States President Joe Biden is a strong proponent of India-U.S. ties since his days as a Senator in the 1970s. During Barack Obama's Administration, defence and strategic ties between India and the U.S. witnessed a major expansion.

What is Quadrilateral Security Dialogue (QSD) or Quad?