Joe Biden Biography: All you need to know about the 46th President of the United States 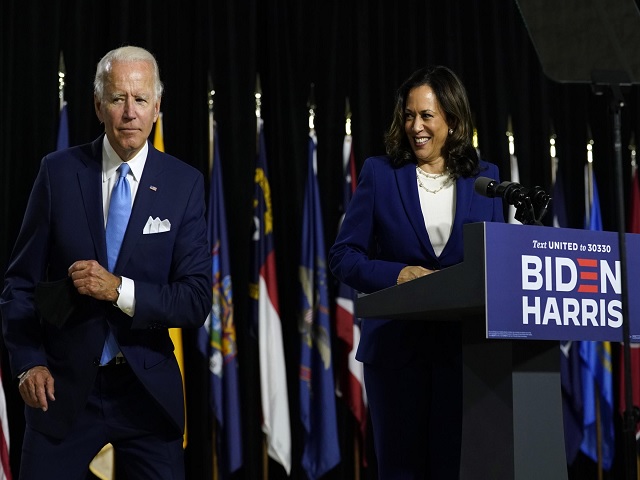 My warmest congratulations to @JoeBiden on his assumption of office as President of the United States of America. I look forward to working with him to strengthen India-US strategic partnership.

Congratulations to @KamalaHarris on being sworn-in as @VP. It is a historic occasion. Looking forward to interacting with her to make India-USA relations more robust. The India-USA partnership is beneficial for our planet.

On day one, hours after taking the office, Joe Biden signs 17 executive orders to undo Trump’s administration, which his aides said have caused 'greatest damage' to the United States.

Who is Joe Biden's running mate Kamala Harris and what is her Indian connection?

Joe Biden was born on 20 November 1942 to Catherine Eugenia "Jean" Biden and Joseph Robinette Biden Sr. at St. Mary's Hospital in Scranton, Pennsylvania, U.S. His father was initially wealthy but fell into economic decline around the time Biden was born. At school, Biden was class President in his junior as well as senior years.

In 1965, he earned a B.A. degree with a double major in History and Political Science; and a minor in English. In his early years, Biden used to stammer which he gradually improved by reciting poetry before a mirror. In the year 1968, Biden earned a Juris Doctor from Syracuse University College of Law and got admitted to Delaware bar in 1969. Joe Biden received student draft deferments at school but was later classified unavailable for military service due to asthma.

In 1968, Biden served as a clerk at a Wilmington law firm headed by prominent local Republican William Prickett where he thought himself as a 'Republican' and disliked incumbent Democratic Delaware governor Charles L. Terry. He rather supported liberal Republican, Russell W. Peterson.

In 1969, he started practising law as a public defender and then at a firm headed by a locally active Democrat where he subsequently registered as a Democrat.

In 1970, he ran for the 4th District Seat on the New Castle County Council on a liberal platform. He won the General Election and took office on 5 January 1971 and served till 1 January 1973. He was succeeded by Democrat Francis R. Swift.

In a 1974 interview, he described himself as liberal on civil rights and liberties, senior citizens' concerns and healthcare but conservative on other issues, including abortion and the military conscription. In 1981, he became ranking minority member of the Senate Judiciary Committee.

In the year 1984, Biden was a Democratic floor manager of the controversial Comprehensive Crime Control Act which included  Federal Assault Weapons Ban and the Violence Against Women Act. In 2019, Biden cited his role in passing the said bill as a 'big mistake'.

In 1993, Biden voted in favour of banning gays from serving in the armed forces and in 1996, in favour of Defense of Marriage Act. The Act prohibited the federal government from recognizing same-sex marriages. In the Obergefell v. Hodge case, the Act was ruled unconstitutional in 2015.

On 9 June 1987, he declared his candidacy for the 1988 Democratic Presidential nomination. However, after his false or exaggerated claims over his early life, Biden withdrew from the race on 23 September 1987.

After his withdrawal, Obama requested Biden for the vice-presidential post in his administration, which was initially turned down by Biden. However, after conducting secret meetings with Biden, Obama announced Joe Biden as his running mate.

In October 2010, Obama requested Biden as his running mate for the 2012 Presidential Election. However, on the basis of secret polling conducted by White House Chief of Staff William M. Daley, there were plans to replace Biden on the ticket with Hillary Clinton. On 6 November 2012, both Barack Obama and Joe Biden were announced as the President and Vice-President of the U.S. respectively.

On 25 April 2019, Joe Biden launched his campaign for 2020 Presidential Election and on 11 August 2020, he announced U.S. Senator Kamala Harris of California as his running mate. She is the first African American and South Asian American vice-presidential nominee on a major-party ticket.

In November 2020, Biden was elected as the 46th President and his running mate Kamala Harris as the Vice-President of the United States, defeating the incumbent Donald Trump and Mike Pence. With this, he became the first candidate to defeat a sitting president since Bill Clinton who defeated George H. W. Bush in 1992. He is also the second non-incumbent Vice-President (after Richard Nixon in 1968) to be elected president.

How is the President of the United States elected?

A few weeks after the election, Biden's wife Neilia and Naomi were killed in an automobile accident while Christmas shopping in Hockessin, Delaware on 18 December 1972.

Biden met Jill Tracy Jacobs on a blind date in 1975 and married on 17 June 1977 at the United Nations chapel, New York. The couple gave birth to Ashley Blazer.