The world is infused with some weird and wonderful places including some epic forests. Check out the list of 5 underwater forests from across the world.

Here we are discussing the forest submerged underwater which is certainly uncommon but are some legitimate results of nature. These long-dead forests offer some valuable history lessons, support unique wildlife, and often benefit the environment.

Check out the list of 5 underwater forests that will take your breath away! 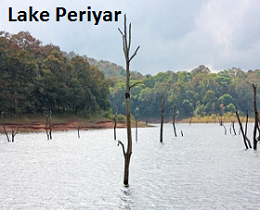 The Mullaperiyar dam was constructed in 1895. It was built across the west-flowing River Periyar and stops the river to form a reservoir. This resulted in the creation of an artificial lake Periyar. It is the site of a sunken forest, where dead trees stump that once comprised a forest.

It is one of the most beautiful sights with clean water and dry submerged trees. It is also home to several birds and animals. Those who visit this area will get to witness how snags and stumps rise dramatically out of water and tower over the surface of the lake in an almost menacing way.

The unique reservoir is a part of a protected area serving an elephant and tiger reserve. In 1996, the India Eco-Development Project was launched in the reserve. The sanctuary was reorganised into two divisions namely Periyar East and Periyar West in 2001. 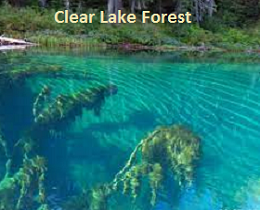 Around 3000 years ago, Oregon's Clear Lake was formed which is a spring-fed lake. It was formed through lava, erupted from Sand Mountain, and generated a natural dam that slowly filled with water over the years.

The forest that had lined the river banks was submerged. Remnants of these trees still stand today, preserved in the depths of the near-freezing lake. Due to the eruption, new ecosystems were created which provided habitat for new wildlife species.

Clear Lake has a long history. It was discovered in 1859 by explorers searching for a route over the Cascade Mountains. The size of Clear Lake is about 142 acres and lies at an elevation of 3,012 feet, with a maximum depth of about 175 feet. In the Cascades, it is one of the clearest and coldest lakes. 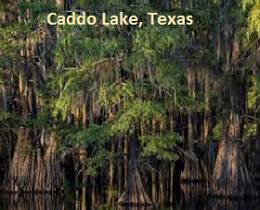 It lies on the border between Texas and Louisiana. It is known for its cypress forests that dominate the shallow murky waters. It covers more than 25,000 acres and is a famous spot for fishing, boating, and photography.

As per scientists, Caddo Lake was formed when floodwater was blocked by massive log jams on the Red River that created a dam and flooded the low-lying area.

This shallow lake is filled with cypress trees that are covered in Spanish moss. Here to note is that these trees are alive with special roots known as pneumatophores which protrude above the water to capture oxygen. Under the international Ramsar Convention, Caddo is a protected wetland. The wetlands of Caddo Lake are home to a tremendous number of various plants and animals. 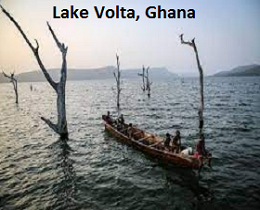 It is the biggest reservoir in the World by surface area. It is located in the South-Eastern part of Ghana and is also the largest man-made lake in the world.

As per records, more than 120 buildings were destroyed, about 78,000 people were relocated, and a total of 7,800 km2 area was flooded, which led to the formation of this lake after the completion of the Akosombo Dam in 1965. The lake is about 250 miles long and covers about 3,283 square miles of Ghana's area.

After the flood, thousands of hardwood trees are standing still, and several of them still lurks near the surface. 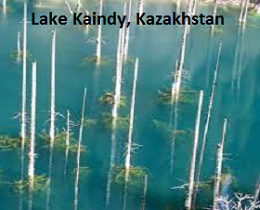 This lake is a ghostly underwater forest. A century ago, a landslide created a lake atop a spruce forest, leading to bizarre scenery.

In 1911, an earthquake triggered through the Tian Shan Mountains, resulting in a large landslide that blocked a gorge and created a natural dam. As time passed, the area was filled with rain, submerging the forest of spruce trees and forming 1,300-foot long Kaindy Lake.

The most distinct view of this forest is under the water. The tree trunks have resisted decomposition, leaving perfectly preserved needles on their branches even in any case this point. The interesting feature is the frigid temperature of a lake which rarely exceeds 6 degrees Celcius even in summers.