History of racism in the US: Here's all you need to know

History of racism in the US: On May 25, 2020, George Floyd, an African-American, was killed by a White police officer in the US, but racism in the United States has its roots since the colonial era. 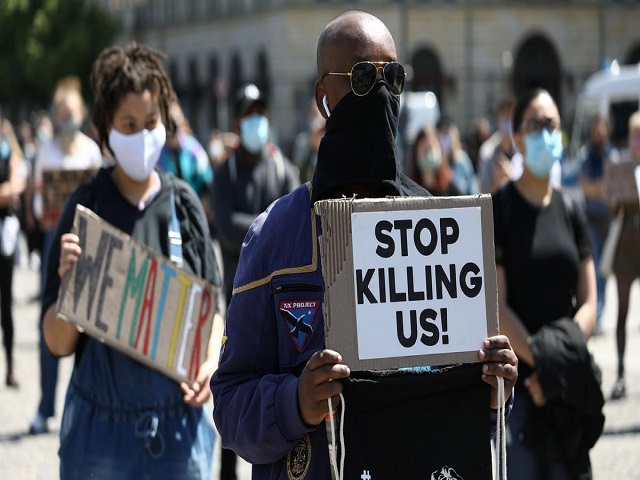 History of Racism in the US

On May 25, 2020, George Floyd, an African American, was killed by a White police officer in the US. The police officer Derek Chauvin knelt on the neck of George for almost 9 minutes, after which he died. After the death of George Floyd, protests broke out all across the US. Police used tear gas and force to disperse the demonstrators but couldn't, after which President Trump threatened to send in the military to control the situation.

History of Racism in the United States

Racism in the United States has its roots since the colonial era. The White Americans were given social and legal privilege over other races and minorities. The White Anglo-Saxon Protestants from Europe enjoyed exclusive privileges over others in education, voting rights, citizenships, etc. While on the other hand, the non-protestant immigrants from Europe-- Irish, Poles and Italians-- were denied the same rights and faced xenophobic exclusion and other forms of ethnicity-based discrimination in America. Also, Jews and Arabs faced discrimination in the US as they didn't fit in the White race. Africans also faced continuous discrimination, genocide, massacres, etc. If we go deep down in the history of the United States, Hispanics, South, Southeast, East Asians and Pacific Islander Americans have also faced discrimination and were denied several rights in the country.

From the 16th century, slavery is still practised in the US and is now known as modern slavery. Many slaves from Africa were brought in the 13 colonies-- New York, New Hampshire, Massachusetts, Rhode Island, Connecticut, New Jersey, Delaware, Maryland, Noth Carolina, South Carolina, Georgia, Virginia and Pennsylvania-- to practise slavery.

During slavery, an institution of police was made to keep a check on the slaves. This institution did a slave-patrol to suppress the slaves and to nip slave revolts. In 1704, the first slave patrol institution was created by the state of South Carolina in the US and by the end of the 17th century, every American slave state had slave patrols.

In January 1865, an Act was passed in the US Congress and is known as the 13th Amendment. This Act abolished slavery in the country freeing 4 million slaves.

After the Civil War in the US, the Reconstruction Era (1863-1877) started. During this era, the reconstruction of Southern America started to freed black people in society. Also, many efforts were put in to give legal rights and economic support to the slaves.

Thus, the southern states of America used literary tests, poll taxes, etc. to disenfranchise the majority of black voters. In 1961, only 20% of African American were registered for voting.

In 1909, the National Association for the Advancement of Colored People (NAACP) was formed to protect the civil rights of the people. However, the Civil Rights Movement in America started in the year 1954 and continued till 1968. The aim of these civil rights movements was to end the legalized racial discrimination, disenfranchisement and racial segregation in the US. The movement believed in the non-violent approach-- civil disobedience, sit-ins, boycotts, marches, etc. were used to register resistance against racial discrimination.

In 1954, the apex court of the US passed a landmark judgement in Brown vs. Board of Education case that the government schools in America cannot be segregated on the basis of their races and declared the practise as unconstitutional. However, the implementation of the decision in the US schools and colleges took many years.

In the year 1955, a 14-year old Chicago teenager, Emmett Till was lynched in Mississippi and his body was mutilated badly by a white woman and his family (husband and half-brother). This led to widespread outrage in the African-American community in the US. Three of them were later acquitted by an all-White jury.

On December 1, 1955, Rosa Parks, an African American woman, refused to give up her seat for white women. This led to the city-wide bus boycott in Montgomery and was called by Martin Luther King Jr. However, the boycott was called off on December 20, 1956, after the segregation of the seats was held unconstitutional.

In 1963, a march was organised for Jobs and Freedom in the US under the leadership of Martin Luther King Jr. The rally attracted over 3 lakh participants and is the biggest rally of the US till date.

Another march organised by the King was Selma to Montgomery rally on March 7, 1965. Jimmie Lee Jackson, a civil rights activist was killed by the Police. When the protestors were heading towards Montgomery, a police crackdown on them and this incident are infamously known as the Bloody Sunday in the US civil rights annals.

In 1965, Watt riots happened in Los Angeles, after an African American woman, Marquette Frye, was alleged for drunk-driving and was manhandled by the police. The same year, the US witnessed the Detroit and Newark riots. In 1968, the US saw huge unrest after the assassination of Martin Luther King Jr.

Martin Luther King Jr. was the head of the Southern Christian Leadership Conference (SCLC) which replaced the NAACP in the US. He organised many non-violent protests in the US which attracted media attention.

In 1965, the Civil Rights Movement gave birth to the Black Power Movement, which continued till 1985. The aim of the movement was to discard the discrimination against the blacks ranging from political lobbying to the armed struggle.

On March 3, 1991, a black motorist, Rodney King was beaten badly by the LAPD officers after a high-speed chase. George Holliday recorded the incident and gave it to the local TV station. Within hours, the video went viral. On April 29, 1992, the officers were acquitted. In turn, Los Angeles witnessed one of the worst riots in its history which continued for 6 days.

In 2012, a 17-year old African-American student, Trayvon Martin was shot dead by a private guard George Zimmerman. He was initially charged for the murder but was later acquitted. This gave rise to the "Black Lives Matter movement" which went viral over social media as '#BlackLivesMatter'. This incident took place under the leadership of the first African-American President of the US Barack Obama.

In the year 2014,  Michael Brown was shot dead by a police officer in Ferguson who was later acquitted. After the acquittal of the police officer, violence broke out in the city and army was called in to control the situation.

Till date, racial discrimination can be seen in the US police department. Many African-Americans have lost their lives due to law enforcement officers in the US. Many cases rose to limelight such as Philando Castile, Terence Crutcher, Michael Brown, etc. but the officers were never held responsible and were acquitted by the court. A report states that in the year 2019, more than 23% of African-Americans died in the police fatal shootings.

US to recognize Tibet as an independent nation: All you need to know