S 400 anti-missile system: Defence Minister Rajnath Singh is on a three-day visit to Russia to deepen India-Russia defence and strategic partnership on 75th Victory Day Parade in Moscow. He will also be pressing his Russian counterpart Sergei Shoigu for the speedy delivery of S-400 air defence system. 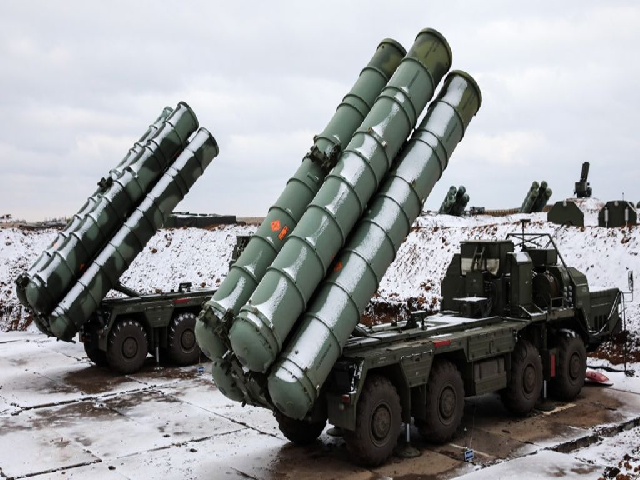 Defence Minister Rajnath Singh is on a three-day visit to Russia to deepen India-Russia defence and strategic partnership. He will also be attending the 75th Victory Day Parade in Moscow.

India is expected to press Russia to consider expediting the delivery of the S-400 anti-missile system as China already has this system. As per Russian news agency TASS, by August 2018, China conducted its first test firing with the system. In addition to this, China maintains strong defence ties with Russia. In 2014, China became the first foreign buyer to crack a government-to-government deal with Russia.

In October 2018, India signed a deal for $5.2 billion with Russia to buy 5 units of the S-400 anti-missile system. The first batch of this system was expected to reach India by the end of 2021, but due to the COVID-19 pandemic, it can be further delayed to the year 2025. In 2019, India paid the first tranche for the anti-missile system to Russia of around $800 million.

In 2017, The Economist described the S-400 anti-missile system as one of the best air-defence systems so far. As per Seimon Wezeman, Stockholm International Peace Research Institute (SIPRI), this defence system is the most advanced air defence systems available.

1- The radar fitted in the S-400 anti-missile system has a range of about 600 km for surveillance and can track 300 targets simultaneously.

3- In August 2018, when China tested this system, it shot down a simulated ballistic target which was 250 km away.

4- It fits in all missile system and can be configured to long-range, semi long-range, medium-range and short-range systems depending on the preference.

5- This system is cheaper as compared to other defence systems. It has 9 launchers, 120 missiles, command and support vehicles.

6- The system will be deployed in the National Capital Region and along the Mumbai-Baroda Industrial Corridor.

7- Due to its high range, the air defence system will help the Indian military to track movement along LoC (Line of Control).

On June 24, 1945, the first parade was held in the Soviet Capital to commemorate the victory in the war. Since then, the Victory Day Parade is held in Moscow every year.

Defence Minister Rajnath Singh on his three-day visit to Russia on 75th Victory Day Parade in Moscow will be meeting his Russian counterpart Sergei Shoigu in a bilateral meeting. Defence Minister Rajnath Singh will be discussing the early delivery of S-400 air defence system, and the spare parts of Sukhoi Su-30MKIs and Mikoyan-Gurevich MiG-29s. He will also be meeting the Deputy Prime Minister of Russia Yury Borisov. The Deputy Prime Minister also deals with the military and aerospace affairs.

IAF inducts LCA Tejas: All you need to know about the 18 Squadron aircraft