The Big Ben clock looks appealing, but there are beautiful pigeons too. Can you find the hidden pigeon?

Have you ever been to London? Well, the Big Ben clock is one of the most alluring tourist attractions in the place. Admire the beauty of Big Ben and find the hidden pigeon in the scene.

Big Ben is not alluring for nothing. The architecture, the design, and the reason attached to the creation of the clock are enough to make it an eye-attraction.

Are you confident in saying that you know a lot about this beautiful place? Well, if you don't feel so, we have brought some interesting facts about Big Ben that you can't miss. And oh, did we tell you that we have also come up with a challenge?

Fact 1 about the Big Ben:

The official name of the place is not Big Ben.

Well, you read it right.

Earlier it was known as the Clock Tower.

However, in the year 2012, the name of the clock tower was changed to Elizabeth Tower after Queen Elizabeth’s Diamond Jubilee.

Moreover, the term “Big Ben” isn’t used for the clock, but for the bell inside the tower. What makes the story even more strange is the fact that the bell’s real name is not “Big Ben” but the “Great Bell”.

The term “Big Ben” is nothing but a nickname used for the bell. The nickname was given from Sir Benjamin Hall’s name.

Fact 2 about the Big Ben:

The clock was designed by a lawyer

It was Edward Dent, a clockmaker, who designed the initial design of the clock. However, Edmund Beckett Denison, a lawyer, came into the scene and changed the design so much that he came to be known as the chief designer of the clock.

Oh, it's time for the challenge!

Can you find the hidden pigeon in this beautiful Big Ben image? 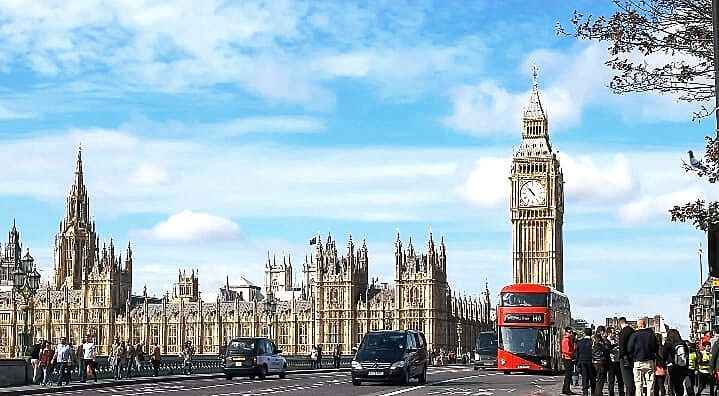 You only have 10 seconds for that!

Could you find the hidden pigeon?

Here he is, admiring the beauty of Big Ben! 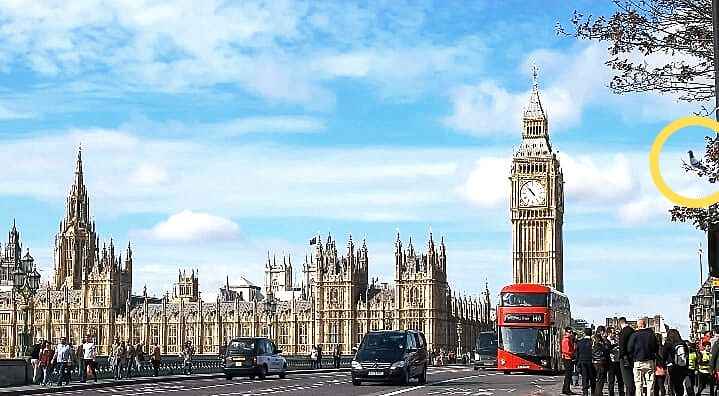 Fact 3 about the Big Ben:

There are pennies on the pendulum

Finding the hidden dog in this optical illusion image is super hard! Give yourself a chance!