What does A/F mean on a vehicle's number plate?

A / F is written on the number plate of many vehicles. Which means 'Applied for'. But do you know its meaning and reason? If not, let us know about its reason and meaning in this article. 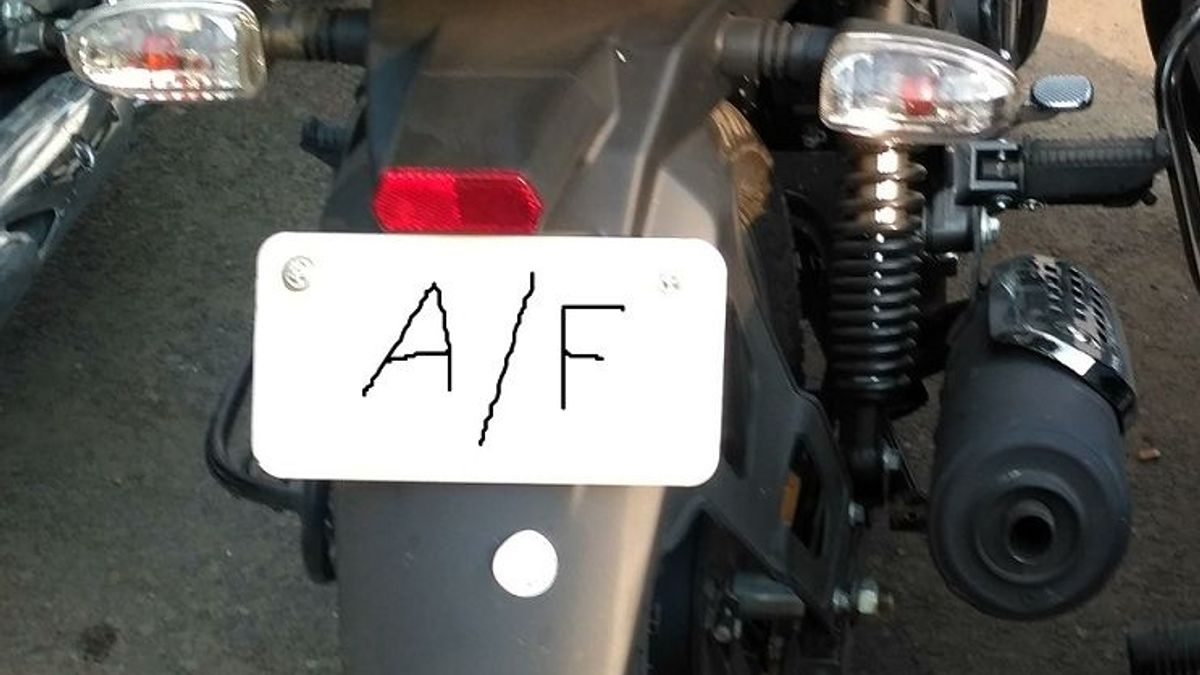 Meaning of Applied for

Is writing A/F on the number plate illegal?

Yes. If you run a vehicle printing  A/F on its number plate for more than a week; then it is illegal. The Regional Transport Office (RTO) has given you this facility (to write AF) only for the period till the Permanent Registration Number of the vehicle is not generated.

How much fine will be charged on the violation of the rule?

It is a misconception among the people that they can run vehicles after writing A/F on the number plate for an unlimited time.

It is wrong to think so and if you get caught driving the vehicle without the proper registration number then you can be fined upto Rs.10,000 or your vehicle can also be seized.

According to the rules, the vehicle registration number should be received within a week. However, during the investigation campaign, officials found that people did not even register vehicles after a month.

However, in most cases, it is a mistake of dealers. "People who are having problems in getting the vehicle registration number from their dealers; they can file a complaint with RTO of their region.
Officials have found that almost every dealer has violated the rules. However, RTO has the right to give notice of terminating the trade certificate of the dealers who violate the rules. By placing the trade certificate number on the number plate, the new vehicle can be run till the permanent number of the vehicle is available and this period can be up to a maximum of one week.

Why the registration number is mandatory?

It is very obvious to think that why the government is so concerned about vehicle registration. The prime reason for this is linked to the safety of the people. It may be that a person commits a crime or make an accident with the help of such a vehicle that do not have a valid registration number. So in such conditions, it would be difficult for the police to catch the offender.

Therefore, it is in the best interests of the people that the new vehicle gets a registration number at the earliest.

In conclusion, it can be said that getting the registration number is mandatory for all the owners of new vehicles. It is in the interest of the common men and the country as well.