What is the difference between LED and CFL bulbs?

We all use LEDs or CFL bulbs. But do you know what is the difference between LED and CFL bulbs? Which bulb is better LED or CFL, in which power consumption is less, which material is used in making it and how it works, etc. Through this article we will try to study about these LED and CFL bulbs. 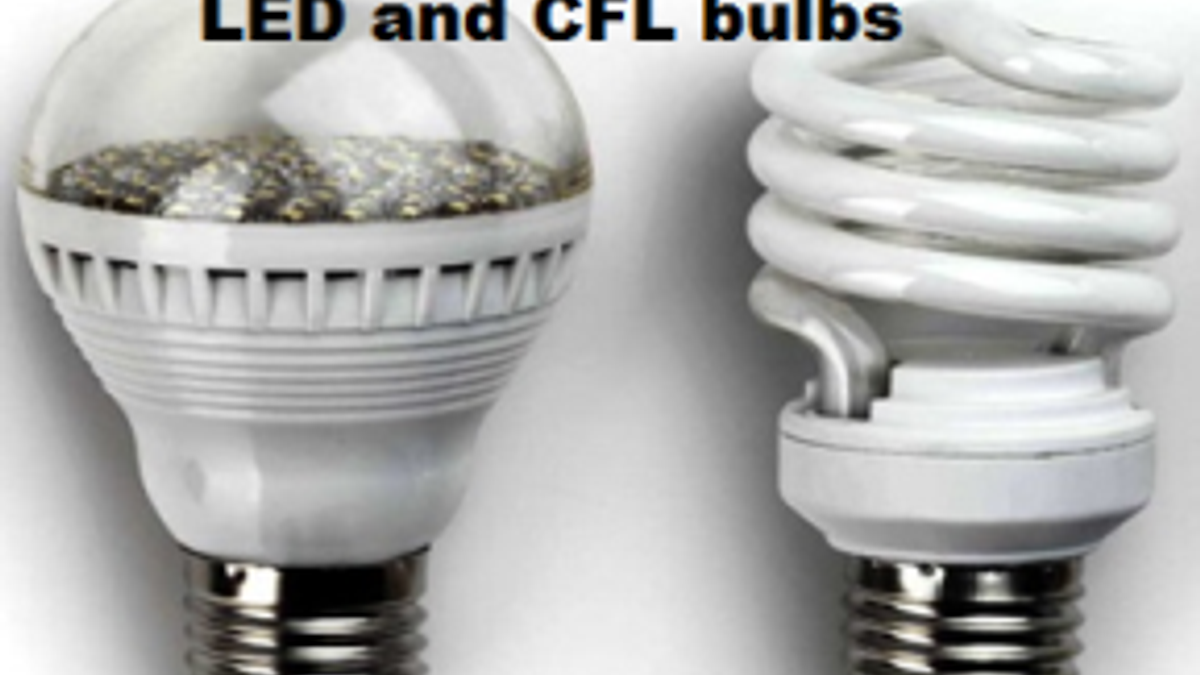 What is the difference between LED and CFL bulbs

The invention of the bulb by Thomas Alva Edison was the greatest invention in the history. After continuous research on bulbs, scientists have found that LED and CFL bulbs are much better than other bulbs. When it comes to the selecting of bulbs, we think which bulb would be better, whether LED, CFL or any other bulb. Which bulb will consume less electricity, which bulb has more life, what is the difference between LED and CFL bulb etc. are discussed in this article.
What is LED bulb and how does it work?
LED is known as "Light Emitting Diode". In devices, it is the biggest invention so far, which gives the highest energy and light. These energy devices are becoming very popular in different areas, such as traffic signals, mining industries, elevators, etc. It does not have mercury like CFL bulbs, but it contains other harmful components such as lead and nickel. The most notable feature of the LED bulb is that they can be recycled.
When the electron passes through the semiconductor material, it provides light to the small particles, which are called LEDs.
What is CFL Bulb?
CFL is known as "Compact Fluorescent Light" bulb. It gives more energy than other bulbs, but slightly lower than the LED. CFL bulbs are made up of argon and mercury in small quantities. They are used in offices, shops, houses and schools for lighting purposes.

Why Smartphone light is dangerous for health
What is the difference between LED and CFL bulbs?
1. LED bulb consumes less power as compared to CFL. CFL consumes about 80% of energy in a year.
2. The life of an LED bulb is usually 50,000 hours or may be more, while CFL has only 8000 hours of life.
3. LED bulbs are expensive as compared to CFL bulbs.
4. The primary difference between the CFL and LED bulb is that LED bulbs are more durable and has long life.
5. Size of LED bulb is usually smaller than a CFL bulb.
6. The upper part of the CFL bulb is made up of glass and if it breaks down, then the glass of 15-watt CFL bulb has to be replaced. But there is no such thing in the LED bulb. All of the constituents of LED bulb are inside it and only a strong round plastic comes out of it, which never explodes. The most unique thing is that even if the outside part of LED bulb breaks, then also it works because the plastic is used to cover the inside material.

Source: www.madamenrg.files.wordpress.com
7. In the CFL bulb, you will get 6 months to 1 year guarantee, but in the LED bulb you will get a guarantee of 2 to 3 years. That is, if your bulb stops working in the guarantee period then you will get a new bulb that too free of cost.
8. The LED bulb does not get hot, while the CFL bulb gets hot quickly because most of their energy is being released as heat, not light, making them much more inefficient.
9. The weight of LED bulb is less as compared to CFL bulbs.
10. Our Government of India has a scheme for LED bulbs in which at electricity department or office you can deposit some compulsory documents and 10 bulbs of different watts at Rs 850 of 2-2 year guarantee you will get. But there is no such type of scheme for CFL bulbs.
There is no doubt that the LED bulb is better than CFL and gradually the cost of LED bulbs is also decreasing. But after seeing the difference from the article you can use these bulbs as per your need and ability to pay.

What is the difference between Li-Fi and Wi-Fi Technology