The Essential Services Maintenance Act (ESMA) was enacted in 1968. This act prohibits the strike of employees of railway, defence, post and telegraph, airport and port operations and other important departments. 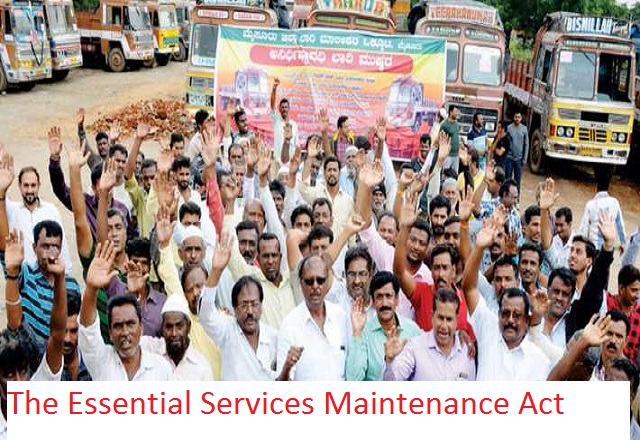 Employees on the strike

India is a democratic country in which all citizens have been given equal rights without any discrimination. The right to peaceful protest is also a Fundamental Right of the citizens. But some people chose to go on strike if their demands are not fulfilled by the government. The practice of strikes affects the normal life of the general public.

But the government elected by the general public resorts to some laws to reduce the problems of the people. Let us know about one of these laws 'Essential Services Maintenance Act (ESMA)' in this article.

Meaning and Features of The Essential Services Maintenance Act:- (ESMA)

The Essential Services Maintenance Act (ESMA),1968 was enacted by the Parliament of India in 1968. Its main objective is to maintain the smooth movement of those things which are essential for the normal life of the common citizens.

The Essential Services Maintenance Act (ESMA) is imposed to prevent unnecessary strikes. If the employees of any important department indulge in the strike and the government rejects their demands and urges them to end the strike, but employees don’t end their strike then the concerned government takes action against them under ESMA provisions.

But before implementing ESMA provisions, the concerned government must warn the agitating employees through the newspaper notification or other mediums.

ESMA can be imposed for a maximum period of 6 months, but the Central Government may extend it for any period not exceeding six months if it is satisfied that in the public interest it is necessary to do so.

Which Services are covered under the ESMA?

(i) Any service in any defence establishment of the Government of India;

(iii) any railway service or any other transport service for the carriage of passengers or goods by air, land, or water with respect to which Parliament has the power to make laws;

(iv) any service connected with the movement or storage, loading & unloading of goods in any port,

(vi) any service in any mint or security press;

(vii) any service in connection with the affairs of the Union.

(viii) any service connected with the clearance of goods or passengers through the customs or with the prevention of smuggling;

Punishment under the ESMA

1. If the employee goes on strike after the implementation of ESMA, then it is illegal and punishable. After the enforcement of ESMA under the Criminal Procedure 1898 (5 of 1898), any employee may be arrested by any police officer without a warrant.

2. This act also states that if overtime work is required to maintain any essential service, the employee cannot deny it.

3. Any person who incites other persons to participate in the strike shall be punishable with imprisonment for a term of one year, or with fine which may extend to one thousand rupees, or with both.

Implementation of EMSA in other different states 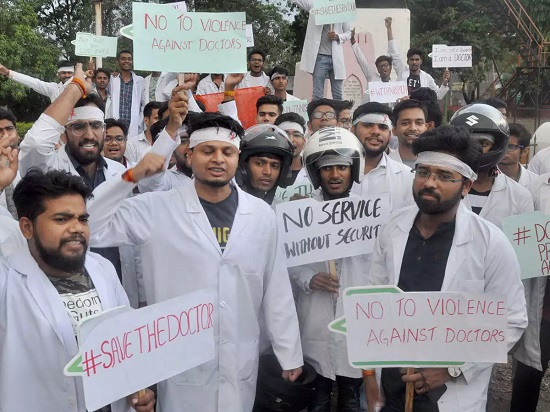 Many other state governments like Maharashtra and Telangana have also implemented the ESMA to end up the strike.

Hopefully, after reading this article, you must have understood what is the Essential Services Maintenance Act (ESMA) and what are its features.

What is Financial Emergency and its Effects on the country?