Electronic Voting Machines (EVMs) have replaced the old ballot paper system in India. EVMs are used Although many countries of the world; including England, France, Germany, Netherlands, and the United States have banned the use of EVMs.

General elections are held in India after a period of 5 years, but if the government falls before 5 years then elections can be conducted before the scheduled time.

In India, for many years elections have been conducted with the help of ballot papers, but this process was very expensive, slow, opaque and environment unfriendly. So the Election Commission of India decided to switch to EVM.

After this inception, the Electronic Voting Machine (EVM) in India was used in the limited constituencies in the 1999 Lok Sabha elections, whereas after the Lok Sabha Election-2004 the EVM is used thoroughly in the Lok Sabha and State Assembly elections.

How to register to Vote in India?

About the Electronic Voting Machine (EVM);

Maximum of 2,000 votes can be recorded in EVMs used in India. These EVMs have been designed by the Election Commission's Technical Expert Committee (TEC) in collaboration with two PSUs, Bharat Electronics Limited, Bangalore and Electronic Corporation of India Limited, Hyderabad.

A good property of these EVMs is that Electricity is not required in their operation because they already have a battery back-up system. Therefore, with the help of these machines, elections can be conducted in those areas which do not have electricity.

EVMs around the World 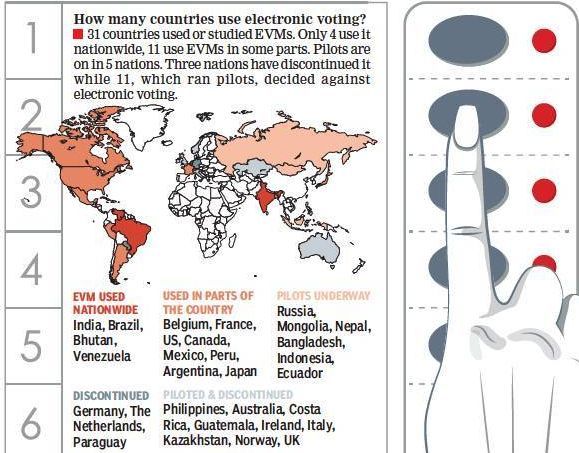 India has given technical support related to the EVM to Jordan, Maldives, Namibia, Egypt, Bhutan, and Nepal. In these countries, Bhutan, Nepal, and Namibia are using Electronic Voting Machines made in India.

Electronic Voting Machines are used in some of the world's largest democracies, including Brazil, India and the Philippines. Some other countries are;

In which major countries do not use EVMs;

Serious doubts about safety, accuracy, reliability, and verification of elections through electronic machines are raised throughout the world. It is surprising that even some in major developed countries of the world do not rely on the technology of EVMs.

Many countries of the world, including England, France, Germany, the Netherlands and the United States, have banned the use of EVMs.

The only form of e-voting in the USA is via email or fax. Technically, the voter is sent a ballot form, they fill it in, return it by email, or fax a digital photo of the ballot with their choice marked. 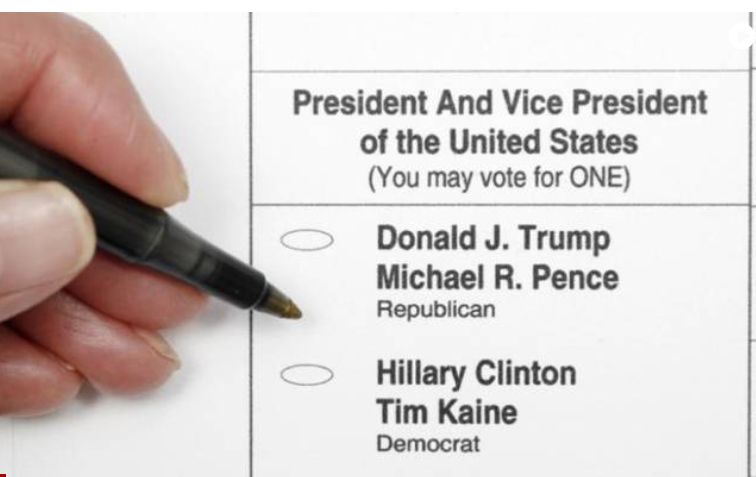 In October 2006, the Netherlands banned the use of EVMs. In the year 2009, the Republic of Ireland banned its use which is followed by Italy in the same year.

In March 2009, the Supreme Court of Germany ruled that voting through EVM was unconstitutional. The Court believed that transparency in elections is the constitutional right of the people, but "efficiency" is not constitutionally protected value.

This is not the first time that there has been debate over the EVM in the country. Subramanian Swamy had raised this issue in 2009, although he was not with the BJP at that time, and the Congress party was in power at the Centre. Though now Swamiji is calm on this issue while other political parties are demanding the ban of EVM.

As a matter of fact, it would be right to say that it does not matter that by which means the election is conducted but the democracy must win in all situations.