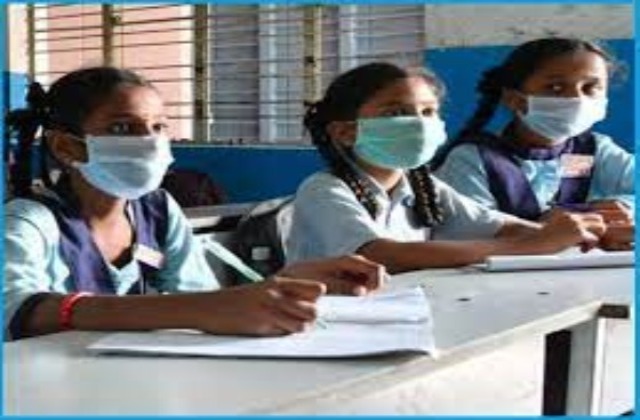 Promotion of Students of Junior Classes: With the ever-increasing number of COVID-19 cases, many states have come to the decision to promote students of junior classes without taking examinations. Like last year, this year too due to COVID-19, the authorities of these states decided not to take exams. Last year also, all states had closed down the educational institutions because of COVID-19. Initially, by the end of 2020 and in early 2021, most of the states reopened schools, especially for class 10th and 12th. However, after recording a sudden surge in the COVID cases, schools were closed again. Keeping in mind the present situation, some of the states have decided to promote students, excluding those who appearing for the board exams.

List of States that Have Promoted Students Without Exams

Rajasthan - The Government of Rajasthan have announced the promotion of students without exam for primary classes. Students of classes 1st to 5th will be promoted based on the assessment done under its Social Media Interface for Learning Engagement (SMILE) programme. However, those in class 6th, 7th, 9th and 11th have to appear for the final exams that will be held in April.

Chhattisgarh - As per the order from the government, all the students will be promoted to the next class without any examination. Although the students of class 10th and 12th have to appear for the board exams.

Puducherry - The state has announced to promote the students of classes 1st to 9th this year. The Lieutenant Governor has approved the proposal of the School Education department. They decided to declare as 'all pass' in all the four regions of the Union Territory, according to an official statement.
The students of classes 10th and 11th in Puducherry and Karaikal regions (adopting Tamil Nadu pattern of curriculum) would be granted 'all pass' as per guidelines of the Tamil Nadu State Board of Education. Whereas students of classes 10th and 11th in Mahe and Yanam regions would be promoted as per the guidelines of the Kerala and Andhra Pradesh education boards respectively.

Odisha - The School and Mass Education Department, Odisha, has promoted students from class 1st to 8th to the next subsequent class without taking any examination. The government has also announced remedial classes for the first two to three months in the new academic session. This decision applies to all schools under the School and Mass Education Department.

Maharashtra - The Government has decided to promote the students of classes 9th and 11th to the next class without exams. Last week, the education minister said,  "In view of the ongoing situation due to COVID-19, all state board students across Maharashtra from class 1st to 8th will be promoted to the next class without any examinations. A decision regarding students of Classes 9 and 11 will soon be taken."  However, classes 10th, 12th board exams in Maharashtra will be held as per schedule.

Tamil Nadu - All the students of classes 9th, 10th and 11th will be promoted without any exam. The Chief Minister announced this notice and said, "Students of Classes 9, 10 and 11 will be promoted to the next class without taking exams, in the light of COVID-19 pandemic."

Assam - The government of the state has decided to promote students of classes 1st to 9tth to the next class without appearing in the final exams. The new academic session in Assam schools started on 1st April. Also. the schedules for the class 10th and 12th board exams have already been released by the Board of Secondary Education, Assam (SEBA).

Although, these states have promoted students of junior classes without an exam, the board exams for classes 10th, 12th will be conducted as per schedule. The students have started a social media trend, #Cancelboardexams2021, asking for the postponement of their final exams.