CBSE Class 9 Science notes for chapter 9 - Force and Laws of Motion are available here. This is the first part of the notes of Chapter9. Here, you will get a crisp and brief explanation of the important topics from this chapter like Force, Types of Force, Inertia and momentum. These chapter notes can be really helpful while preparing for the Class 9 Annual Exams. 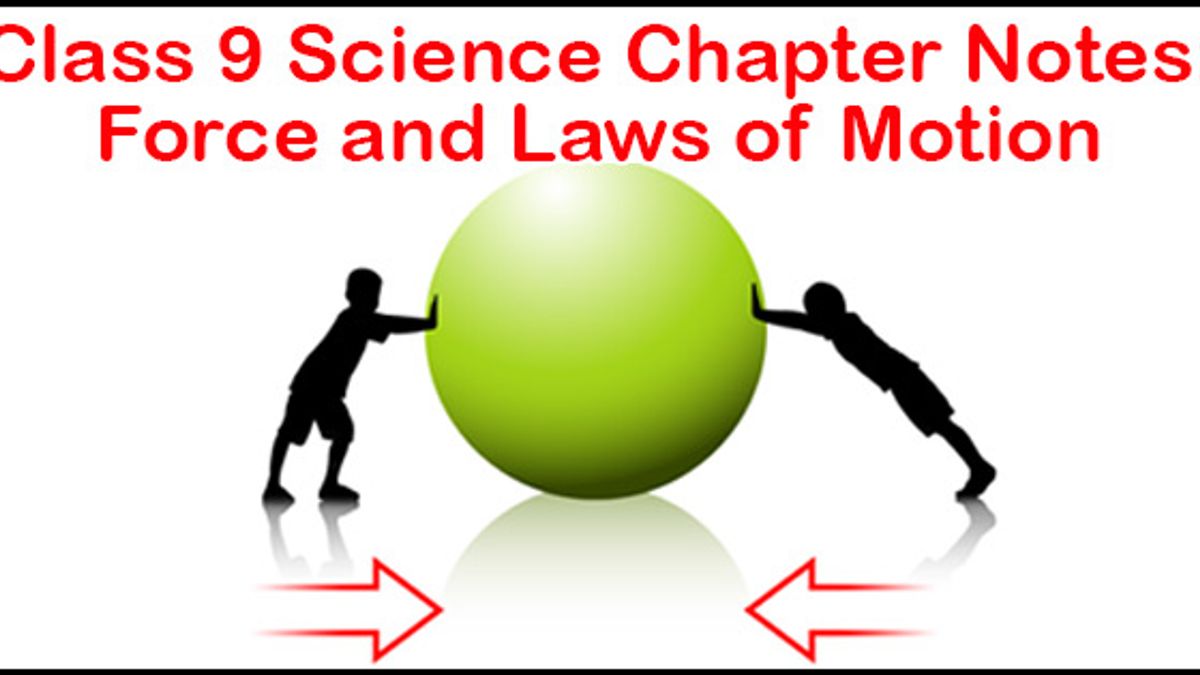 Here we bring you the CBSE Class 9 Science notes on chapter 9 ‘Force and Laws of Force and Laws of Motion’ (Part-I). These chapter notes are prepared by the subject experts and cover every important topic from the chapter. You get a crisp and brief explanation of all these topics so as to make your learning easy and organized. At the end of these notes, you can try the questions asked from the discussed set of topics. These questions will help you to track your preparation level and get a hold on the subject.

Main topics covered in this part of CBSE Class 9 Science,  Force and Laws of Motion: Chapter Notes, are:

Key notes for Chapter - Force and Laws of Motion, are:

A push or pull on a body is called force.

(i) Balanced Forces:  If the resultant of applied forces is equal to zero, it is called balanced forces.

For example: In the tug of war game when the force applied by both teams is equal in magnitude then the rope does not move in either side. This is due to the balanced forces in which resultant of applied forces comes out to be zero.

(i) Unbalanced Forces:  If the resultant of applied forces are greater than zero, the forces are called unbalanced forces.

Newton’s Laws of Force and Laws of Motion:

There are three laws of Force and Laws of Motion those formed by Newton. They are explained below:

Defintion: Inertia is a property or tendency of every object to resist any change in its state of rest or of uniform Force and Laws of Motion.
It is measured by the mass of an object. The heavier the object, the greater will be its inertia.

Application of Newton's first law of Force and Laws of Motion:

Momentum: The momentum of a body is defined as the product of its mass and velocity.
Thus, momentum = mass × velocity
Or, p = m x v
where, p = momentum
m = mass of the body
v = velocity of the body
The Sl unit of momentum is kilograms meters per second (kg.m/s)

Q1. State and define the SI unit of force.

Q2. When balanced forces act on a stationary body, then the body is deformed True or False

Q4. Why leaves fall when we are shacking branch of tree?

Q5. What will be the momentum of a stone having mass of 10 kg when it is thrown with a velocity of 2 m/s?