Abhay Agarwal, a 15 year old boy cracked JEE Advanced by scoring 2467 rank. Read this article to get complete details about his preparation strategy and study plan of JEE Advanced 2017.

At the age of 15, when most of the students appear in their 10th standard, Abhay Agarwal, from Firozabad, Uttar Pradesh cracked JEE Advanced 2017 by grabbing the All India rank of 2476. He is allotted a  seat in IIT BHU in mechanical Engineering, hoping to have his admission in IIT Kanpur.

He jumped the initial classes and he cleared 12th class before the students of his age. His parents always encouraged him to be focused always on his aim and they tried their level best to give everything possible to provide the best Education to Abhay and his elder brother. 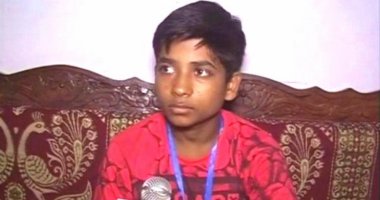 Parents enrolled Abhay in the same institute from which his elder brother also took the coaching classes.

Let’s have a look at the questions asked by Abhay to know his strategy of clearing JEE that is considered to be the toughest engineering exam of India.

Q1. How did you prepared for JEE and under whom guidance you were able to crack JEE?

Ans.  Upto class 10th I studied in school but after class 10th my elder brother suggested me to study for JEE, then your future will be bright. Then, my parents told me about the coaching from where my brother taken the coaching. I joined that coaching classes in Firozabad. Many of my friends demotivated me that it is a very small coaching centre, from here you will not be able to crack JEE. I was from Hindi medium upto 10th , so it was more difficult for me that time as I shifted  from Hindi medium to English medium. But that demotivation motivates me from inside. I was in constant guidance of my coaching classes teachers. They boost my confidence, they told me to do hardwork so that you can prove that talent of student matters more than the coaching institute.

Q2.  Is it necessary to go to big city and coaching institute to crack JEE?

Ans. No, it is not necessary. I have cracked JEE by taking coaching from Firozabad which is a small city.

Q3. What do you want to become?

Ans. I want to become a Robotics Engineer

Q4.  What do you want to say to the aspiring Engineers?

Ans. I just want to say that the thing that matters the most to crack JEE apart from good teachers is the talent of the student, hardwork and the determination of the student.