5. A survey was conducted of 100 people to find out whether they had read recent issues of Golmal, a monthly magazine. The summarized information regarding readership in 3 months is given below: Only September: 18; September but not August: 23; September and July: 8; September: 28; July: 48; July and August: 10; none of the three months: 24. What is the number of surveyed people who have read exactly two consecutive issues (out of the three)?

A note on Sets and its Applications: CAT Quantitative Aptitude 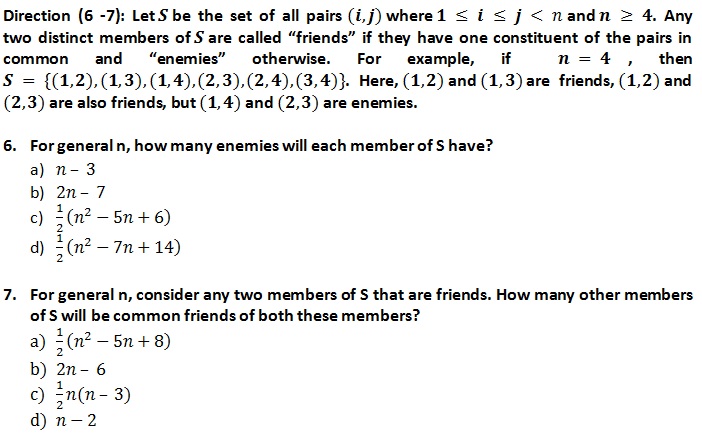 In this section we will explain the rationale for choosing the answer pertaining to every question. After practicing these MCQ(s), you would be able to understand the concepts of CI & SI. 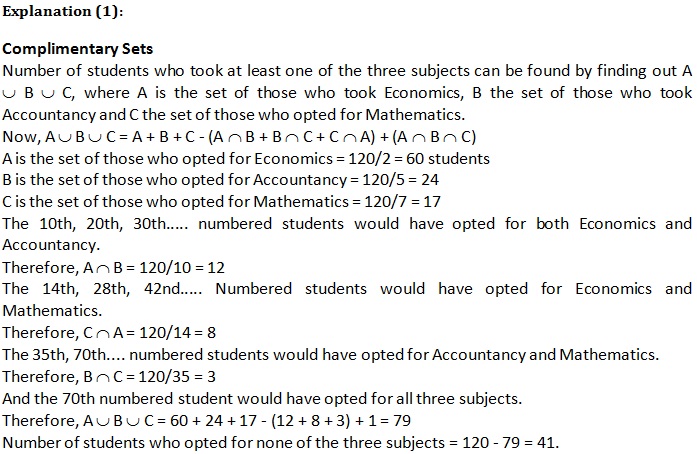 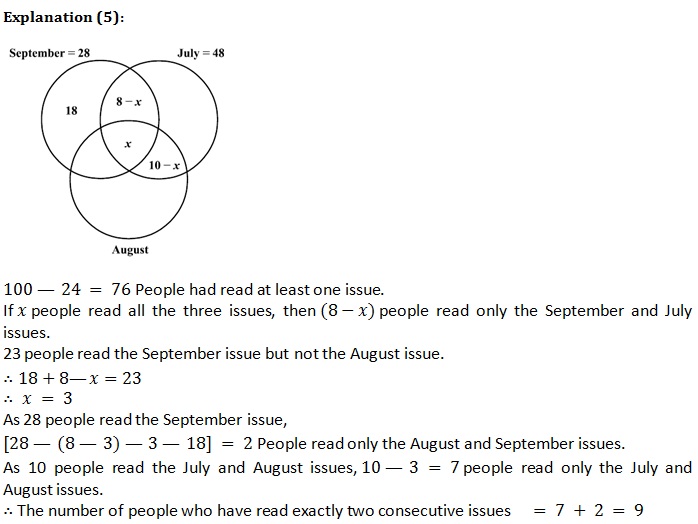 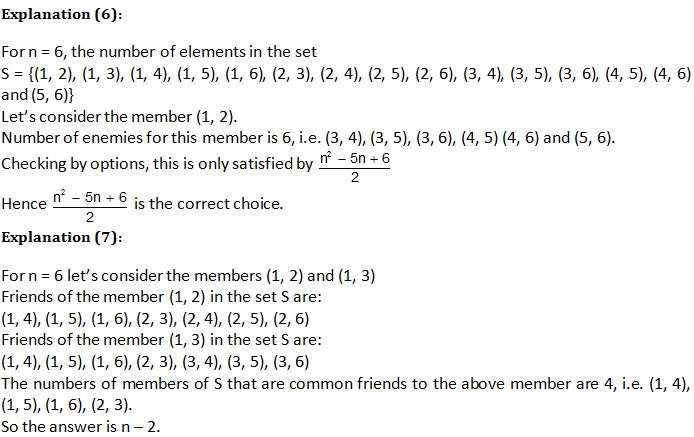 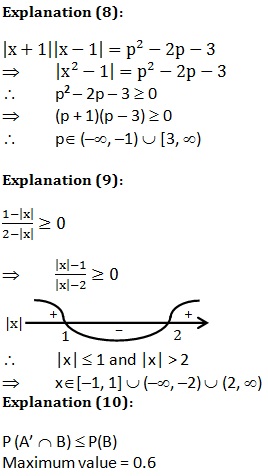