In this article, students of Class 7 can check NCERT solutions for English Subject textbook (Honeycomb) - Chapter 2: A Gift of Chappals 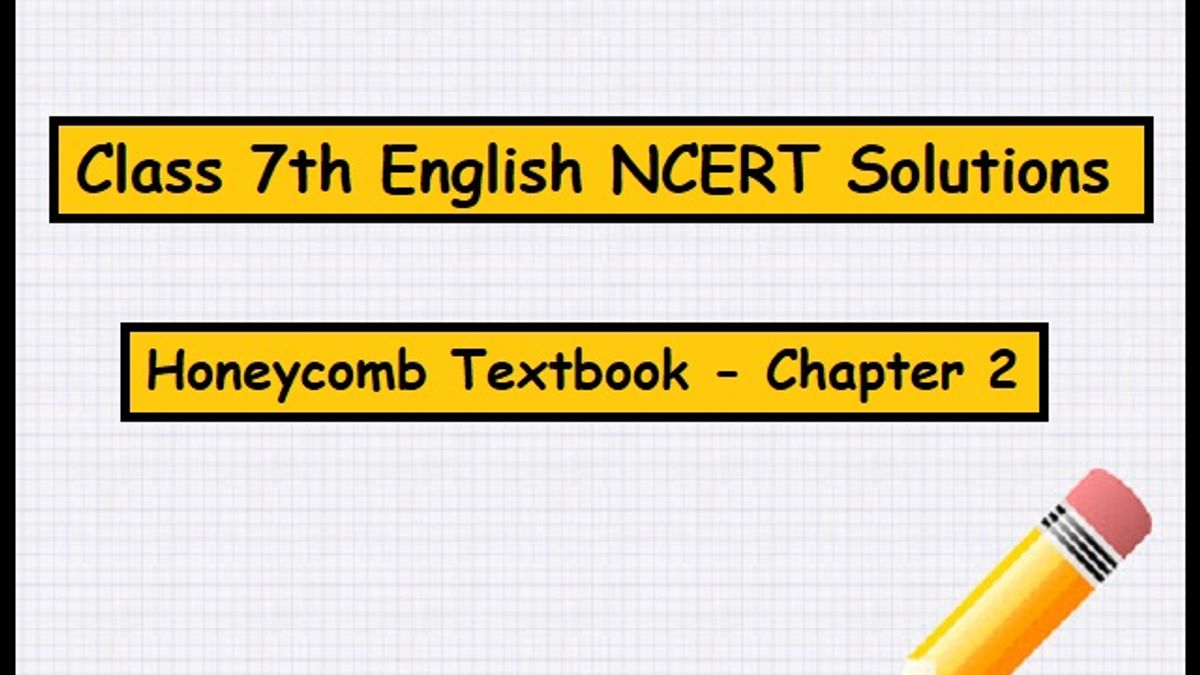 Check Class 7 NCERT Solutions for English Subject. In this article, we have provided NCERT Solutions for Chapter 2 from the English Honeycomb Textbook. Chapter 2 is about Mridu, a young girl growing up in Madras (now called Chennai) with Tapi, her grandmother, and Thatha, her grandfather. One afternoon Tapi takes her to her aunt Rukku Manni’s house to meet her cousins Lalli, Ravi, and Meena. The NCERT solutions of this chapter have been provided after a detailed analysis of the latest syllabus issued by CBSE. Students of Class 7th can study the answers provided here to score well in their school exams.

Ques: What is the secret that Meena shares with Mridu in the backyard?

Answer: Meena shares the secret of the kitten that they have found in front of their house and have kept in their backyard.

Ques: How does Ravi get milk for the kitten?

Answer: Ravi brings milk from the kitchen saying that he was feeling hungry. He even drinks most of it to prove Paati that he was indeed hungry.

He then brings the tumbler in the backyard and empties it in the coconut shell.

Ques: Who does he say the kitten’s ancestors are? Do you believe him?

Answer: Ravi said that the kitten’s ancestors were the lion of the Pallava kings, the Mahabalipuram Rishi-Cat which has the emblem of the Pallava dynasty. No, I don’t believe his story.

Ravi has a lot to say about MP Poonai. This shows that

Which of these statements do you agree/ disagree with?

Ravi has a lot to say about MP Poonai.

This shows that his knowledge of history is sound, he has a rich imagination and he is an intelligent child.

Ques: What was the noise that startled Mridu and frightened Mahendran?

Answer: It was the sound coming out of Lalli’s violin that startled Mridu and frightened Mahendran.

Read aloud the sentence in the text that expresses the idea.

Answer: The music-master’s notes seemed to float up and settle perfectly into the visible tracks of the melody.

Ques: Had the beggar come to Rukku Manni’s house for the first time? Give reasons for your answer.

Answer: No, the beggar has been coming to Rukku Manni’s house for the last one week. The beggar himself confirms this saying that he has survived for a week because of Rukku Manni’s kindness.

Ques: “A sharp V-shaped line had formed between her eyebrows.” What does it suggest to you about Rukku Manni’s mood?

Answer: The V-shaped line suggests that Rukku Manni was very angry and was about to lose her temper on the children.

Ques: Describe the music teacher, as seen from the window.

Answer: The music teacher was a bony figure. He was sitting in front of Lalli with his back towards the window. He was a bald-headed man with a fringe of oiled hair falling around his ears. He had an old fashioned tuft.

He had a shining gold chain in his neck and a diamond ring in his hand. He was wearing a golden-bordered dhoti. His large foot was stuck on the floor and he was beating the floor with his scrawny toe.

Ques: What makes Mridu conclude that the beggar has no money to buy chappals?

What does she suggest to show her concern?

Answer: The beggar showed his feet to the children. There were pink blisters on his bare feet which made Mridu conclude that he didn’t have the money to buy chappals.

Mridu was concerned about the beggar. She suggested giving an old pair of chappals to the beggar.

Ques: “Have you children….” She began and then, seeing they were curiously quiet, went on more slowly, “seen anyone lurking around the verandah?”

Ques: On getting Gopu Mama’s chappals, the music teacher tried not to look too happy. Why?

Answer: Music teacher’s chappals were old, but he lied to Lalli saying that they were brand new. Gopu Mama had hardly used his new chappals.

The music teacher was happy getting them but was trying to hide those feelings. He tried to show that he was upset with the children and with his loss.

Ques: On getting a gift of chappals, the beggar vanished in a minute. Why was he in such a hurry to leave?

Answer: The beggar was in a hurry to leave after getting the chappals because he knew that the children have got them for him without seeking the permission of the elders. He feared they might be taken back from him, so he left in a hurry.

Ques: Walking towards the kitchen with Mridu and Meena, Rukku Manni began to laugh. What made her laugh?

Answer: Rukku Manni was laughing imagining Gopu Mama without his chappals. He had the habit of taking out his shoes immediately after coming home and putting on those chappals.

She laughed wondering what excuse would she give to him and what would be his reaction.