Practice Questions on Physics cover the important aspects like Optics, Electricity, Heat, etc. They will help aspirants in improving their scores in the NDA (II) 2017 Exam. 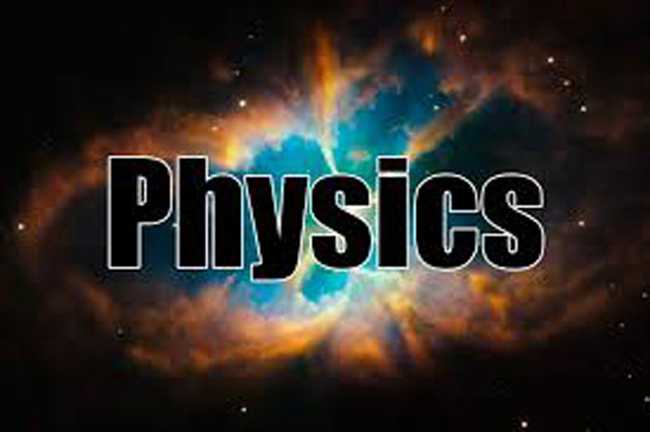 The UPSC will conduct the NDA & NA (II) Exam 2017 on 10 September 2017. For the benefit of aspirants, Jagran Josh is providing the following questions on Physics. The answers along with explanations as given below will help the candidates in understanding the nature of the questions in the exam.
1. Which of the following is the best electricity conductor?
a)    Copper
b)    Aluminium
c)    Iron
d)    Silver
Ans. (d) Silver
Pure Silver is the best conductor of electricity, but since it is not so easily available, other alternatives are more popular. Electrical conductivity of a material is a function of how easily its atoms can provide free electrons to pass a current. Any material which does not have free electrons in its atoms, cannot conduct electricity.
2. Identify the pair that is correctly matched?
a)    Madam Curie: X – ray
b)    Albert Einstein: Photoelectric effect
c)    Linus Pauling: Electron
d)    C V Raman: Stark effect
Ans. (b) Albert Einstein: Photoelectric effect
In many languages, X-radiation is referred to with terms meaning Röntgen radiation, after the German scientist Wilhelm Röntgen, who usually is credited as its discoverer, and who had named it X-radiation to signify an unknown type of radiation. C V Raman is known for Raman Effect for which he won the Nobel Prize. Albert Einstein got the Nobel Physics Prize for this discovery of photo-electric equation. Madam Curie – Radioactivity. Linus Pauling – Electro negativity scale.
3. Small liquid drops are spherical in shape because
a)    of adhesion
b)    of gravitational force
c)    of the atmospheric pressure from all the sides on the top
d)    the liquid tends to have the minimum surface area are due to surface tension
Ans. (d) the liquid tends to have the minimum surface area are due to surface tension
A drop of a liquid tries to occupy the minimum surface are in a given volume as it is constantly under  a kind of stretch among its molecules. This minimum area is achieved by assuming a spherical shape. These cohesive forces create surface tension which means that the upper surface of a liquid always shows tension.
4. The minimum possible temperature beyond which matter cannot be cooled is in degree Centigrades is
a)    95.50
b)    100
c)    273.15
d)    473.50
Ans. (c) - 273.15
This temperature is also called the absolute zero of temperature. Absolute zero is the lower limit of thermodynamic temperature scale, a state in which the enthalpy and entropy of a cooled ideal gas is at its minimum value, taken as 0. All molecular motion is supposed to cease at this point, at least in theory.
5. The Chandershekhar Limit is related to which of the following?
a)    Stars
b)    Black holes
c)    Both of these
d)    None of these
Ans.(a)Stars
It refers to the mass limit of the stars, beyond which they collapse. The Chandrasekhar limit is the maximum mass of a stable, white dwarf star. It is the mass above which electron degeneracy pressure in the star is not enough to its own gravitational pull. Consequently, white dwarfs with masses greater than this limit would suffer gravitational collapse, evolving into a neutron star or black hole.
6. Who among the following is credited for discovering the principles underlying electromagnetic induction?
a)    Michael Faraday
b)    Volta
c)    Coulomb
d)    Gauss
Ans. (a) Michael Faraday
Michael Faraday was an English scientist who contributed to the study of electromagnetism and electrochemistry. His main discoveries include the principles underlying electromagnetic induction, diamagnetism and electrolysis.
7. Refraction, Reflection, Dispersion and Diffraction are associated with
a)    Light
b)    Sound
c)    Magnetism
d)    None of the Above
Ans. (a) Light
In optics, refraction is a phenomenon that often occurs when waves travel from a medium with a given refractive index to a medium with another at an oblique angle. Reflection of light is either specular (mirror-like) or diffuse (retaining the energy, but losing the image) depending on the nature of the interface. Dispersion is the separation of white light into colours or of any radiation according to wavelength. Diffraction is the slight bending of light as it passes around the edge of an object.
8. A Light Year is a measure of
a)    Light intensity
b)    Time
c)    Distance
d)    None of the Above
Ans. (c) Distance
A Light Year is known as the distance travelled by light in one year, which is equal to 3 lakh kilometer/sec × 24 hrs × 60 min × 60 seconds. This unit is used to measure astronomical distances between various celestial bodies like planets, stars, galaxies, etc.
9. It is on this principle, the quartz clock works.
a)    Piezo-electric effect
b)    Gauss effect
c)    Relativistic effect
d)    Mass defect
Ans. (a) Piezo-electric effect
The principle of Piezoelectricity refers to the electrical charge, which accumulates in certain solids like crystals, ceramics, bone, DNA and various proteins in response to mechanical stress. The word piezoelectricity means electricity resulting from pressure.
10. In the Solar System, asteroids circle between these two planets.
a)    Venus and Mars
b)    Mars and Earth
c)    Mars and Jupiter
d)    Jupiter and Saturn
Ans. (c) Mars and Jupiter
The asteroids are minor planets, especially those in the inner Solar System. The term was earlier  applied to any astronomical object orbiting the Sun, which did not show the disc of a planet and was did not have comet-like properties. But in modern science, the term "asteroid" refers to the minor planets of the inner Solar System including those which are co-orbital with Jupiter.