SSC CHSL 2016: Expected to be announced online at ssc.nic.in, Guidelines to Apply for 6000 Posts

The SSC CHSL 2016 exam notification which was supposed to be declared on 02 July, has been delayed. In addition to this, the Commission has also delayed the SSC CHSL result 2015. The anxious wait of nearly 25 lakh candidates is increasing with each day passing by! 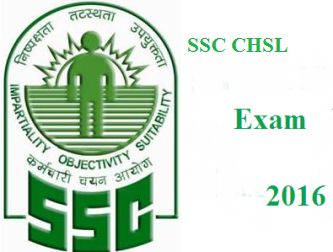 The SSC CHSL 2016 exam notification which was supposed to be declared on 02 July, has been delayed. In addition to this, the Commission has also delayed the SSC CHSL result 2015. The anxious wait of nearly 25 lakh candidates is increasing with each day passing by!

Staff Selection Commission (SSC) conducts examinations round the year at graduate and senior secondary level. The examinations are held to select talent workforce and appoint them against the vacancies available.

Every year the Commission releases the vacancy details, examination schedule and other details through official advertisements. An overwhelming response is witnessed for SSC CGL and SSC CHSL examinations.

All candidates who are waiting for SSC CHSL exam 2016 must be well aware of the application procedures. Till last year the application process was both online and postal. This year SSC will recruit for more than 6000 posts. Vacancies will be available in lower division clerk, postal assistants, sorting assistants and data entry operators.

Candidates with minimum educational qualification of 10+2 pass can apply for the SSC CHSL exam 2016 at ssc.nic.in. Candidates are required to submit prescribed application fee by means of ‘Central Recruitment Fee Stamps’.

Payment of application fee is exempted for all women candidates and candidates belonging to Scheduled Caste, Scheduled Tribe, Physically Handicapped and Ex-servicemen eligible for reservation, as per Government orders.

Candidates must use blue/black ball pen to write in the boxes. Complete communication address including the name must be written in capital letter. Candidates are required to paste recent photograph of size 4cmx5cm as per specification; it should neither be stapled nor attested. The digital size of the photograph must be less than 12 kb and greater than 4 kb and of resolution 100X120 (Pixel) for online applicants.

Candidates should note that the guidelines mentioned above are as per SSC CHSL notification 2015. Changes may be there after the release of SSC CHSL 2016 notification.