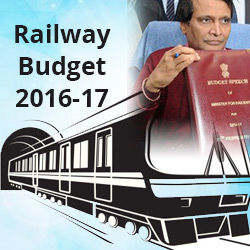 In India, the Union Budget is prepared by the Department of Economic Affairs of Ministry of Finance. Earlier the budget was presented in two categories i.e. Railway budget and General budget. This article will help you understand the step by step process of preparation of the Union Budget of India. Budget 2017-18 will be presented on 1st February 2017 by the Finance Minister of India.

From this year onwards, there will be no separate budget for Indian Railway which has been "merged" with the General Budget. The decision, taken on the recommendation of a NITI Aayog committee headed by its member Bibek Debroy, reflects the decrease over time in the relative size of the Rail Budget compared to some of the other components in the General Budget, such as defence and roads and highways, reducing it to a mere “ritual". According to Article 112 of the Indian Constitution, the President is responsible for presenting the budget to the Lok Sabha. The annual financial statement takes into account a period of one financial year.

According to Article 77 (3), the Union Finance Minister has been made responsible by the President to prepare the budget also called as the annual financial statement and pilot it through the parliament. Budget embodies the estimated receipts and expenditure of the Government of India for one financial year. The financial year commences on 1st April each year.

In parliament, the budget goes through 5 stages

The budget is presented to the parliament on the date fixed by the President. Generally, it was presented on the last working day of February, a month before the commencement of the financial year but this 92 years old practices of presenting budget has been changed now. During general elections, the budget is presented twice, first to secure a vote on account for 4 months and later completely. Budget speech of finance minister is in two parts, Part A constitute a general economic condition of the country while part B relates to taxation proposals.

The general budget is presented in the Lok Sabha by Minister of Finance. At the conclusion of the speech of the finance minister in Lok Sabha, annual financial statement is laid on the table of Rajya Sabha.

Since the passing of the budget takes almost 2 months, the Government requires the sanction of an amount to maintain itself for this period. According to Art 116, a special provision called 'Vote on Account' is created by which vote of parliament is obtained by the government for a sum sufficient generally for 2 months to incur expenditure. During the election year a vote on an account may exceed from 2-4 months expenditure.

Discussion and Voting on Demand for Grants

The guillotine is passing the Demand for Grants without discussion. On the last day of the period allotted by speaker due to the paucity of time, speaker puts all the outstanding Demands for grants to vote of the house. It is a device used for want of time.

Powers of both the Houses

Cut motions are motions for reduction in various demand for grants. Cut motions seek a reduction of an amount of demands of grants on the following grounds: economy, policy cut and token cut.

Economy cut motion demands reduction of a specified amount from the demand for Grant representing the welfare of the economy.

According to policy cut motion, the demand for a grant is reduced to Re.1 representing the disapproval of the policy underlying the demand. A member giving such notice should indicate precise terms, the particulars of the policy which he proposes to discuss. It is open to the member to advocate alternative policy.

Token cut motion is used to voice a grievance. In token cut, the amount of the Demand for Grant is reduced by Rs.100 in order to express a specific grievance.

It is introduced in the Lok Sabha immediately after the presentation of the general budget. The finance bill contains fresh taxation proposals and variations in existing duties. They are contained in Article 117 of Indian constitution. Finance bill is of two types. Provisions of the first type relate to the money bill. Provisions of the second type of Finance bill are same as that of an Ordinary bill.

It includes expenditure specified in the constitution. There is no voting on charged expenditure. It includes emoluments of the president and the salaries and allowances of the chairman and deputy chairman of the Rajya Sabha, speaker and deputy speaker of Lok Sabha, Judges of the Supreme Court, CAG, and certain other bodies/agencies specified in the constitution.

It is the votable expenditure. It is the sum required to meet other expenditure proposed to be made from the consolidated fund of India. In other words amount of expenditure incurred through Demand for Grants.

The provisions related to supplementary, additional and excess grants are specified in Art.115.

If the amount authorised in the original budget for a particular service for a current financial year is found to be insufficient, supplementary grant may be made by the Parliament.

It is a grant to retrospectively authorise excess of expenditure committed by an executive. The public accounts committee recommends such retrospective regularisation on the basis of CAG report.

It is the grant made by the parliament for expenditure on new service not contemplated in the annual financial statement that year.

Spending money sanctioned for one head on another head within the same ministry with the permission of finance ministry is done through a token grant. In the token grant, it seeks a token sum of Rs.1 from Lok Sabha to spend on a new service.

Through exceptional grant money is sought for service that is not part of the current service of any financial year.

Indian constitution under Article 112-117 enshrines powers of parliament in the enactment of the Budget. According to article 112-117, any proposal for expenditure and demand for a grant can be made only on the recommendation of the President. The parliament has to pass a financial bill within 75 days of its introduction. After discussion in both the houses on demand for Grants, Financial bill and appropriation bill and voting of the Lok Sabha Budget is enacted and expenditure can be incurred from the consolidated fund of India.