A special investigation team was set up by the Supreme Court in January 2018 to probe into 186 cases related to the anti-Sikh riots. 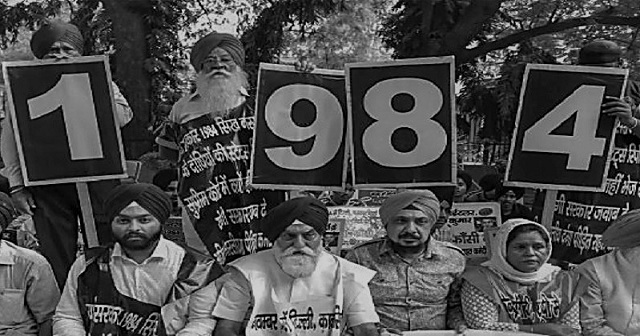 1984 anti-Sikh riots: The government has accepted the recommendation of a special investigation team (SIT) that had investigated 186 cases related to the 1984 anti-Sikh riots and said that it will take appropriate action under the law. The centre informed this to the Supreme Court on January 15, 2020.

The special investigation team probing the 1984 anti-Sikh riots cases was headed by retired Delhi High Court judge Justice SN Dhingra. The SIT report reveals the involvement of police officials in the anti-Sikh riots and recommends action against them.

Solicitor General Tushar Mehta, appearing on behalf of the centre informed the Supreme Court bench headed by Chief Justice SA Bobde that the government has accepted the recommendations of the SIT report and will be taking appropriate action.  The SC bench also comprised Justices B R Gavai and Surya Kant.

The Solicitor General also requested the court that the records of the anti-Sikh riots cases, kept in the apex court registry, should be returned to the CBI to enable further action in the matter. The SC bench directed the return of the records to the Home Affairs Ministry.

Senior advocate R S Suri, appearing on behalf of the petitioner, informed the apex court bench that they will soon be filing an application seeking action against all the cops, who were allegedly involved in the anti-Sikh riots. Suri stated that the police officials involved in the case cannot go scot-free.

A special investigation team was set up by the Supreme Court on January 11, 2018 to probe into 186 cases related to the anti-Sikh riots, in which closure reports were filed earlier.

Currently, the SIT only comprises two members- retired Justice Dhingra and IPS Abhishek Dular. The special investigation team had sought two more months in March 2019 to complete its probe into the anti-Sikh riot cases, stating that more than 50 percent of the work was completed.

The top court had granted the SIT two more months to complete the investigation.

The ruling Congress was accused of mobalising the mob against the Sikh community across India in response to the assassination, triggering the anti-Sikh riots. According to government estimates, around  3,350 Sikhs were killed across India.

Large-scale rioting had broken out in the country, especially in the national capital claiming over 2000 Sikh lives in Delhi alone. Indira Gandhi was assassinated by her two Sikh security guards on October 31, 1984.

The assassination was allegedly an act of vengeance in response to Operation Blue Star, which was launched by the Indian military on orders of the then PM Indira Gandhi to capture militant religious leader Jarnail Singh Bhindranwale, supporter of the armed Sikh separatist Khalistan movement, who along with other militants had taken refuge in the Golden Temple complex in Amritsar, Punjab.

The operation ended with the killing of Bhindranwale and the removal of all militants from the temple complex. The operation was criticized by the Sikhs across the world, who viewed it as an assault on the Sikh religion.