Taliban Commander Abdul Ghani Baradar has been declared the new President of Afghanistan after Afghan President Ashraf Ghani fled to Tajikistan and Taliban fighters took control of the presidential palace in Kabul on the intervening night of August 15 and 16, 2021.

Afghanistan has also been renamed as the Islamic Republic of Afghanistan.  The Taliban released a statement saying, “This is a takeover and no interim arrangement.” “We want all missions to stay and we assure them that they are safe here."

The Taliban asked the Afghan citizens not to come out of their homes or leave the country. The US-led  NATO forces are still in control of the Hamid Karzai Airport in Kabul and it is being used by countries to evacuate their citizens.

Ghani said in a statement after his escape, "In order to avoid the bloodshed, I thought it was best to get out." He also stated in a statement on Facebook, "The Taliban have won with the judgement of their swords and guns, and are now responsible for the honour, property and self-preservation of their countrymen."

This was followed by complete chaos in Kabul with shots sounding in the Kabul airport amidst efforts by other countries to evacuate their citizens from Afghanistan.

As uncertainty hovers over Kabul with the #Taliban at the city gates, here is a look at what’s happening on the streets of #Afghanistan’s capital. https://t.co/j4iK9kxYD3

The Taliban are killing our people, women will not have any freedom there and there is no one to look after the people: Farzana Hafiz, one of the protesters broke down while narrating the ordeal of Aghanistan people after the country fell to the Taliban pic.twitter.com/ZLBcx0BDmf

Civilians were seen fleeing Kabul the moment it became clear that the Taliban is taking over the capital. India also started the process of evacuation of its nationals from Afghanistan with Air India flight AI-243 taking off from Delhi’s Indira Gandhi International airport for Kabul on the morning of August 15th. The flight returned without 129 stranded passengers.

Nations such as the US, UK, Germany and Canada are using their troops to evacuate their nationals from Afghanistan. The US Embassy in Kabul has suspended all operations and told Americans to take shelter in the place.

What will happen to Afghanistan now?

The Taliban has taken control of Afghanistan nearly 20 years after the US-led coalition marched into Kabul. Baradar had said in a statement earlier that the Taliban's victory that saw all cities of the country fall to them in just 10 days was unexpectedly swift and had no match in the world.

Who is Abdul Ghani Baradar? 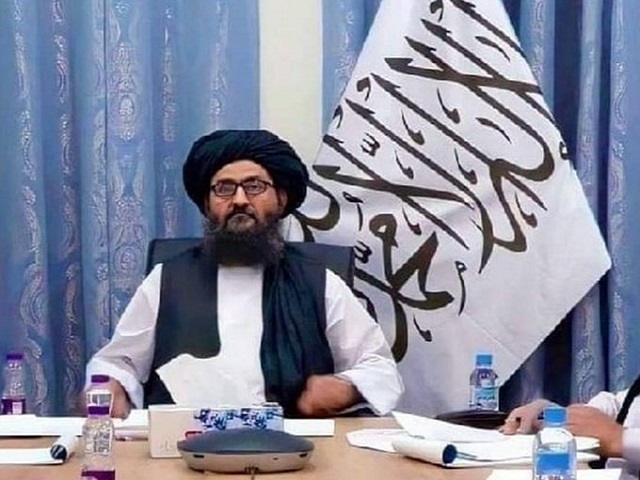 •Abdul Ghani Baradar is the co-founder of the Taliban in Afghanistan. He was the deputy of Mullah Mohammed Omar. While Haibatullah Akhundzada is the Taliban’s overall leader, Baradar is the political chief and most public face.

•He had been captured in Pakistan by a team of Inter-Services Intelligence (ISI) and Central Intelligence Agency (CIA) officers in February 2010.

•He was released at the request of the United States three years ago on October 24, 2018.

•Baradar has not only emerged as a victor of Afghanistan's 20-year war but his return to power embodies Afghanistan’s inability to escape the bloody shackles of its past.

•Baradar was born in Uruzgan province in 1968 and raised in Kandahar, the birthplace of the Taliban.

•He had served the Afghan mujahideen during the war against the Soviet-backed Afghan government in the 1980s. The Russians were driven out in 1992.

•He helped his former commander and brother-in-law Mohammad Omar found the Taliban in southern Afghanistan in 1994.

•Baradar had played various military and administrative roles in the five-year regime of the Taliban in Afghanistan. He was deputy minister of defence when the Taliban was ousted by the US and its Afghan allies.

The Taliban fighters have entered the presidential palace in Kabul, while Ashraf Ghani and his close aides have fled to Tajikistan. There is a complete collapse of the government, which has triggered panic and chaos in the capital, Kabul.

The Kabul airport is a scene of complete chaos with nations scrambling to evacuate their citizens. Many of the frantic Afghans are also searching for a way out of the fallen nation.

The United States has been airlifting its embassy personnel to the Kabul airport to evacuate them from the city. The Pentagon is sending additional 1000 US troops to Kabul to help with the deteriorating security situation in Afghanistan's capital city.

As per official sources, commercial flights out of Kabul have been cancelled due to chaos at the Kabul airport.

#UPDATE Commercial flights from Kabul have been cancelled after chaotic scenes at the airport with thousands looking for a way out after the Taliban re-take power in Afghanistan.

"Please do not rush to the airport," Kabul airport authority says in message to reporters pic.twitter.com/rEGgKqUfqd