After witnessing 85 percent drop in the insurgency-related incidents in the northeast region, the Ministry of Home Affairs decided to remove the AFSPA from Meghalaya and some areas of Arunachal Pradesh. 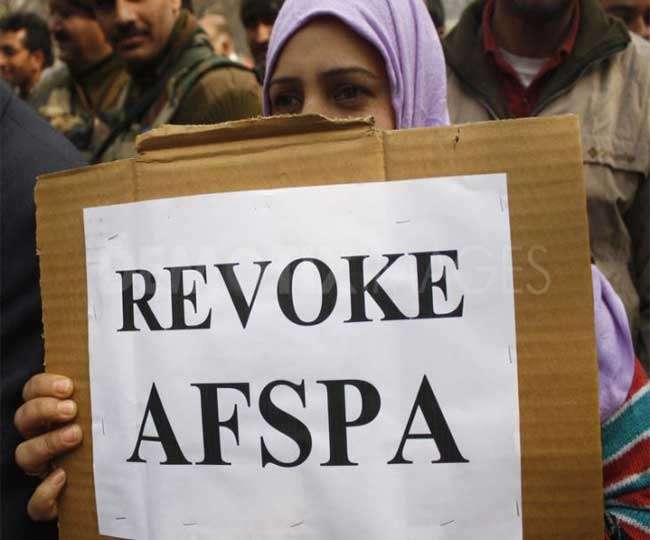 The Armed Forces (Special Powers) Act, 1958 (AFSPA) was completely removed from Meghalaya and some areas of Arunachal Pradesh with effect from April 1, 2018.

Till September 2017, 40 percent of Meghalaya was under AFSPA including the 20 km stretch of the state’s 884.9 km border with Assam.

The Ministry of Home Affairs (MHA) also relaxed the Protected Area Permit (PAP) for foreigners visiting Manipur, Mizoram and Nagaland. The PAP will be valid for five years, but residents from Pakistan, Afghanistan and China will not be allowed to visit these areas.

What led to the removal of AFSPA?

The insurgency-related incidents also witnessed a sharp fall during the same period. The insurgency incidents reduced from 1963 in 2000 to 308 in 2017.

After witnessing 85 percent drop in the insurgency-related incidents in the northeast region, the Ministry of Home Affairs decided to remove the AFSPA from Meghalaya and some areas of Arunachal Pradesh.

Where all AFSPA is in force at present?

At present, AFSPA is applicable only in Nagaland, Manipur (excluding Imphal), Assam and parts of Arunachal Pradesh.

However, the state governments of Assam and Manipur now have the power to keep or revoke the Act. In 2017, the Home Ministry gave up its power and asked the Assam government to take a decision on continuing AFSPA in the State.

Tripura government withdrew AFSPA from the state in 2015, as there was decline in insurgency-related incidents. Mizoram and Tripura reported no incidents of insurgency in 2017.

The Armed Forces (Special Powers) Act, 1958 (AFSPA) is one of the most draconian legislations that gives unrestricted and unaccounted power to all security forces to carry out their operations, once an area is declared ‘disturbed’.

Even an officer, who is not on duty, is granted the right to shoot to kill, just on the basis of mere suspicion to ‘maintain the public order’.

The Act was first applied to the North Eastern states of Assam and Manipur and was amended in 1972 to extend to these ‘seven sisters’ states in the north- eastern region- Assam, Manipur, Tripura, Meghalaya, Arunachal Pradesh, Mizoram and Nagaland.

What is a ‘disturbed area’ and how is an area declared as ‘disturbed’?

The government considers those areas to be ‘disturbed’ that witness differences or disputes between members of different religions, races, languages, regional groups, castes or communities.

Section (3) of the AFSPA, 1958 empowers the Governor of the State or Union territory to issue notification on The Gazette of India about the 'disturbed' area, following which the centre will send in armed forces for civilian aid.

Once declared ‘disturbed’, the region has to maintain status quo for a minimum of three months, according to The Disturbed Areas (Special Courts) Act, 1976.

Where AFSPA can be invoked?

The Section (3) of the AFSPA states that the act can be invoked in places ‘where the use of armed forces in aid of the civil power is necessary’.

Powers conferred on the armed forces under AFSPA

• The AFSPA gives the wide powers to armed and central forces to shoot and arrest anyone acting in contravention of law and search any premises without a warrant and provide cover to forces from prosecution and legal suits, all in the name of aiding civil power.

• At first, officer has to give a warning and after giving warning, an officer can shoot or use other kinds of force, even if it causes death.

• He can seize any unauthorised arms storage, hide-outs, shelter or training camp which is supposed to be used by the militants.

• He can arrest anyone, without a warrant, who has committed cognisable offences or is suspected of having committed such a crime.

• He can search any place to recover any suspect or confiscate unauthorised arms and ammunition.

• He can stop and search any vehicle or vessel, suspected to be carrying such a person or weapons.

• The arresting officer needs to present the suspect to the nearest police station with least possible delay.

• No Army officer can be held against any arrest under the AFSPA. No prosecution or any other legal proceeding can be made against the arrest or seize. Even the state government cannot question his action.