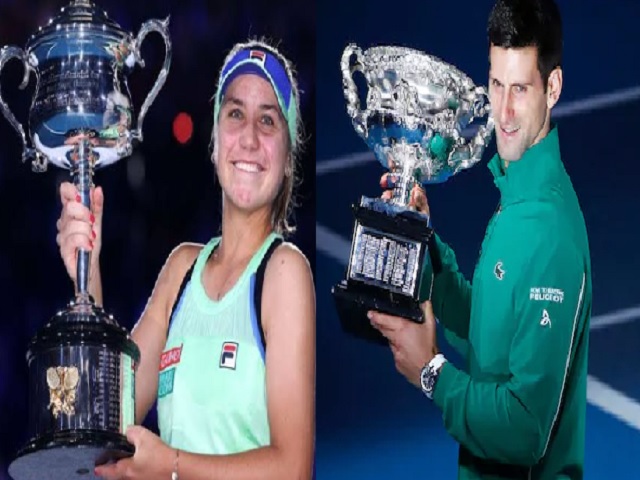 Sofia Kenin emerged as a new sensation in Tennis while Novak Djokovic once again proved his dominance. Djokovic took 3 hours and 59 minutes to win the final game. It was the third Grand Slam final of Thiem and he has suffered defeat in all three matches. Earlier, he has reached in the finals of the French Open in 2018 and 2019.

America's Sofia Canin defeated Spain's Garbine Muguruza (4-6, 6-2, 6-2) to win the women's singles title at the first Grand Slam of the year. Sofia Kenin won this title for the first time in her career. She won the match in two hours and three minutes and became a new tennis sensation. However, both players were playing for the first time in the finals of a Grand Slam.