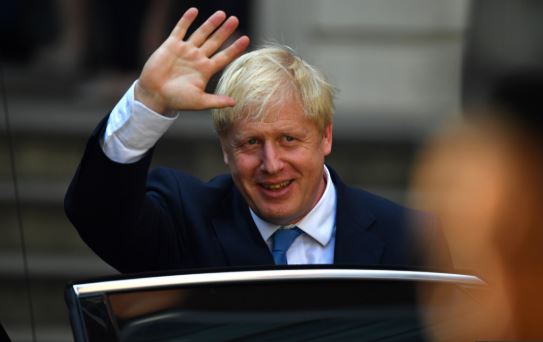 Boris Johnson has been selected as next United Kingdom (UK) Prime Minister on July 23, 2019. Boris has been chosen by his party to become next PM of UK. Boris will replace Theresay May who resigned after much ado in the UK due to her decision about Brexit and its results. Boris Johnson is a former London Mayor.

Boris Johnson has been elected by 160,000 registered Conservative Party members. Boris won with 92,153 votes while his rival candidate Jeremy Hunt got only 46,656 votes. Turnout was 87.4% with Johnson taking 66% of votes.

What will happen next?

Boris Johnson will take charge of office when Theresa May will formally resign. He will also announce his new cabinet. He has already pledged that UK will leave European Union on October 31. He had also said that a no-deal exit will happen if a new agreement cannot be reached by then.

•    Boris Johnson was born on June 9, 1964. He was Mayor of London from year 2008 to 2016. He had also served as Foreign Secretary from 2016 to 2018.
•    Johnson was educated at the European School, Brussels while he began his career in Journalism at The Times. Later he joined The Daily Telegraph and became editor of The Spectator.
•    In 2008 he became Mayor of London and banned alcohol consumption on Public Transport. In 2012, he was re-elected Mayor, again defeating Livingstone. During his second term he oversaw the 2012 Olympics.
•    He was the face of the 2016 Brexit referendum, which he won with the votes of 92,153 members of the Conservative party, to 46,656 for his rival, Foreign Secretary Jeremy Hunt.
•    The new UK PM has pledged to negotiate a new Brexit deal with the European Union before October 31. But if the bloc refuses, as it insists it will, he has promised to leave anyway.