The Geosynchronous Satellite Launch Vehicle (GSLV) is capable of placing 2 tonne class of satellites like the INSAT and GSAT series of communication satellites into Geosynchronous Transfer Orbit (GTO). The GSLV Continuation Programme - Phase 4 will meet the demand for the launch of two satellites per year with maximum participation by the Indian industry. 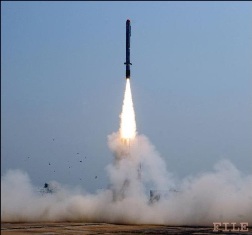 Under the GSLV Continuation Programme, five GSLV flights have been planned during the period 2021-2024.

The GSLV Programme - Phase 4 will enable the launch of 2 tonne class of satellites for Geo-imaging, Navigation, Data Relay Communication and Space Sciences into the Geosynchronous Transfer Orbit (GTO).

The GSLV Continuation Programme - Phase 4 will meet the launch requirement of satellites for providing critical Satellite Navigation Services and Data Relay Communication for supporting the Indian Human spaceflight programme ‘Gaganyaan’ and the next interplanetary mission to Mars.

This will also ensure the continuity of production in Indian industry.

The GSLV Continuation Programme - Phase 4 will meet the demand for the launch of two satellites per year with maximum participation by the Indian industry. All the operational flights would be completed during the period 2021-24.

The operationalisation of Geosynchronous Satellite Launch Vehicle has made the country self-reliant in the launching capability of 2 tonne class of satellites for communication & meteorological satellites.

The GSLV Continuation Programme will help sustain the self-reliance in the launching of similar satellites for national requirements including next generation navigation satellites, data relay communication satellites and interplanetary missions.

• The GSLV is capable of placing 2 tonne class of satellites like the INSAT and GSAT series of communication satellites into Geosynchronous Transfer Orbit (GTO).

• The second stage is a liquid engine carrying 37.5 ton of liquid propellant and the third stage is the indigenously built Cryogenic Upper Stage (CUS) which uses 15 ton of cryogenic propellants such as Liquid Hydrogen (LH2) as fuel and Liquid Oxygen (LOX) as Oxidiser.

• With the recent successful launch of GSLV-F11 on December 19, 2018, GSLV has successfully placed 10 national satellites.

• GSLV Continuation Programme was initially sanctioned in 2003 and two phases have been completed and the third phase is in progress and expected to be completed by Q4 of 2020-21.

The missile successfully demonstrated its sea-skimming capability to cruise at very low altitudes. The entire flight was fully tracked by a chain of Electro Optical Tracking Systems, Radars and Ground Telemetry Systems deployed all along the sea coast. All the mission objectives were met.

It was the sixth development flight trial of the missile with an objective to prove the repeatability of boost phase, and cruise phase by using way point navigation at very low altitudes.

• The missile was developed by the DRDO at its aeronautics R&D laboratory ADE (Aeronautical Development Establishment) based in Bengaluru.

• The avionics of the missile was provided by the Research Centre Imarat, Hyderabad. The DRDL also contributed to the development of the missile.

• The missile has the capability to linger and cruise at 0.7 Mach at altitudes as low as 100 m.

• The guidance, control and navigation system of the missile is configured around the indigenously designed Ring Laser Gyroscope (RLG) and MEMS based Inertial Navigation System (INS).

• It can carry conventional and nuclear war heads.

• It is manoeuvrable and can fly at tree-top level, making it difficult to be detected on radar.

• It can strike the targets more than 700 km away carrying nuclear warheads giving India the capability to strike deep into enemy territory.