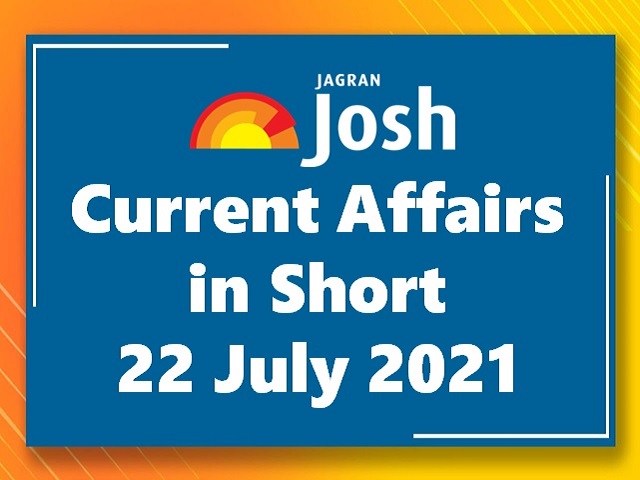 •Anurag Thakur, Minister of Information and Broadcasting said that the scheme aims to boost exports from the sector and domestic manufacturing.

•Under the scheme, incentives worth Rs 6,322 crore will be given over five years. The scheme will also aid in reducing imports and generating over 5.25 lakh jobs.

•Rasmi Ranjan Das, a Joint Secretary, Ministry of Finance, has been appointed as a member of the UN tax committee for 2021-25 term among 25 global tax experts across the world.

•She is a Joint Secretary (Foreign Tax & Tax Research-I), Central Board of Direct Taxes, Department of Revenue, Ministry of Finance.

•Formally known as the UN Committee of Experts on International Cooperation in Tax Matters, the UN Tax Committee guides countries in preventing double or multiple taxations as well as non-taxation, strengthen their tax administrations, curb international tax evasion and avoidance, and broaden their tax base.

•The Committee focuses on developing countries. It strengthens international cooperation on international and domestic tax matters while working with government, civil society, academia, and business.

•Researchers at the Indian Institute of Technology (IIT), Ropar, have devised AMLEX, a first-of-its-kind oxygen rationing device that will aid in reducing oxygen wastage by regulating the oxygen flow from the cylinder by a patient.

•The device AMLEX has been developed specifically for oxygen cylinders. The device is fitted with a sensor that detects the pace of inhalation and exhalation of a patient and accordingly synchronizes the flow of oxygen, thus storing a large amount of oxygen in the reservoir.

•The device operates on both, line supply (22V-50Hz) and portable power supply (battery). It can be connected between the patient’s mask and the oxygen supply line.

Rajasthan’s Bikaner hit by earthquake of 4.8 magnitude, second in a row

•The National Centre for Seismology reported that Rajasthan was hit by an earthquake of 4.8-magnitude at 7.42 am on July 22, 2021. There was no damage of property or loss of life reported.

•The epicenter of the earthquake was located 439-km northwest of Jodhpur and 343 km west-northwest of Bikaner.

•On July 21, 2021, Bikaner along with nearby areas in Rajasthan reported tremors after Pakistan was hit by an earthquake of 5.3-magnitude. The quake happened at a depth of 110 km.

•Narinder Dhruv Batra, President, Indian Olympic Association (IOA) informed that 22 athletes and six officials from the Indian contingent will participate in the opening ceremony of the Tokyo Olympics on July 23, 2021, at the National Stadium.

•Bajrang Punia, men’s freestyle wrestler and one of the biggest medal hopes will be India’s flag-bearer at the closing ceremony of the Tokyo Olympics on August 8, 2021.