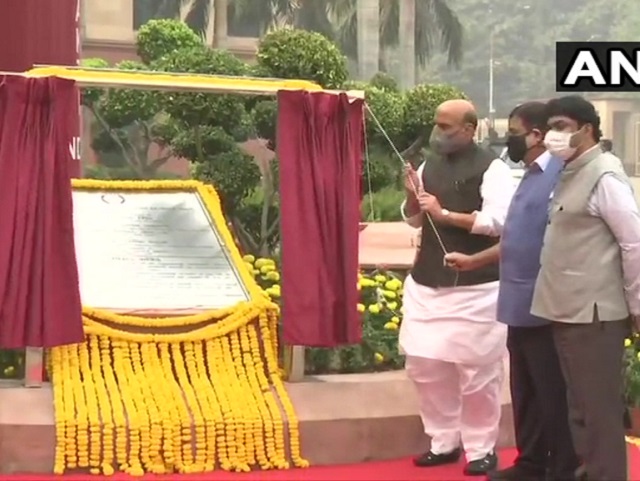 Defence Minister Rajnath Singh inaugurated model of the anti-satellite missile system on November 9, 2020 at the headquarters of the Defence Research and Development Organisation (DRDO) in New Delhi. The missile system is seen as a symbol of national technological advancement.

Before the inauguration, the Defence Minister along with Union Transport Minister Nitin Gadkari witnessed the demonstration of Fire Detection and Suppression System (FDSS), which has been developed by DRDO for passenger buses.

•The A-SAT missile successfully engaged with the target, an Indian orbiting satellite, in the lower earth orbit in a "Hit to Kill" mode.

•The interceptor missile was a three-stage missile backed with two solid rocket boosters.

A-SAT is an anti-satellite weapon that can destroy or disable space assets. The missile system is capable of destroying any military or civilian space asset.

With Mission Shakti, India became the fourth nation in the world after Russia, USA and China to have ASAT power.