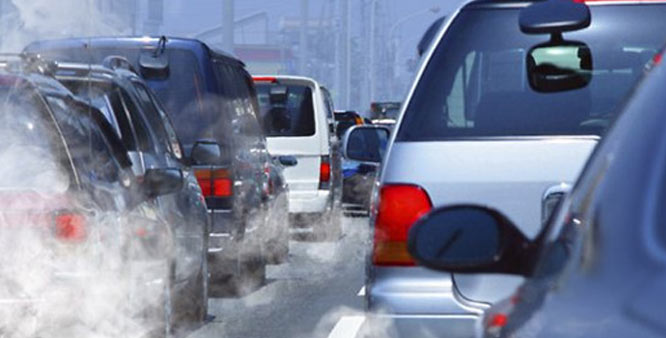 With this, Delhi became the first city in the country to switch from BS-IV grade fuels to BS-VI. BS-VI fuel is equivalent to fuel meeting Euro-VI emission norms.

However, BS- VI fuel will be rolled out in rest of the country by April 2020.

Difference between BS-IV and the new BS-VI

One of the major differences between BS-IV and BS-VI fuel is the presence of sulphur. The BS-VI fuel is expected to reduce the amount of sulphur released from 50 parts per million (ppm) to 10 ppm.

Moreover, the emission of nitrogen oxides (NOx) from diesel and petrol engines is also expected to reduce by nearly 70 per cent and 25 per cent respectively.

The Union Government decided to switch over to BS-VI grade fuel directly from BS-IV skipping BS-V, after Environment Pollution Control Authority in its April 2017 report told the apex court that only BS-VI emission standards complaint vehicles should be allowed to be sold from April 1, 2020.

India had switched over to BS-IV grade fuel from April 1, 2017 following the directions of the court banning BS-III grade fuel.

Initially, in 2015, it was decided that India will switch from BS-IV grade fuel to BS-VI grade fuel by April 2020.

However, considering the worsening air-pollution levels, the Union Government in 2017 decided to roll out the BS-VI grade auto fuels with effect from April 1, 2018 instead of the scheduled April 1, 2020.