Several international websites around the world experienced a global internet outage for about half an hour on June 8, 2021. Read all you need to know. 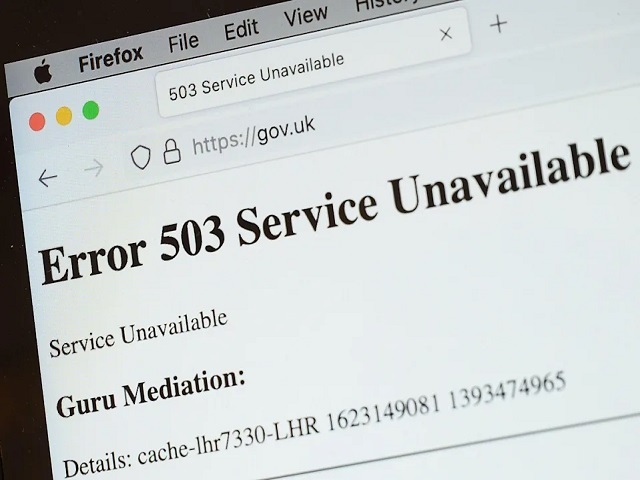 Several international websites around the world experienced a global internet outage for about half an hour on June 8, 2021, due to a major fault at Fastly, a popular Content Delivery Network (CDN).

A 503-error kept flashing on the screen to users trying to access these websites. A 503-error means the browser is unable to connect to the server.

• Fastly on June 8, 2021, around 3.28 pm IST issued a state update informing that they are currently investigating potential impact to performance with their CDN services.

• An hour later, they informed that the issue has been fixed. They further said all of its geographically distributed network of servers, including three in India was diagnosed with ‘Degraded Performance’.

• Content Delivery Network (CDN) is a geographically distributed network of proxy servers. The purpose of CDNs is to provide fast Internet delivery spatially to end-users.

• CDNs were devised in the late 1990s since then internet content companies have been largely routing their web traffic across the world through CDNs.

• Internet companies with a huge amount of data in global libraries pay CDN operators to host their geographically relevant content closer to where their end users are situated. CDNs also aid the companies in protecting their websites from distributed denial of service (DDOS), traffic spikes attacks, etc.

• Cloudflare, one of the leading global cloud platforms in 2020 had experienced a similar issue with CDN which caused its client websites such as League of Legends, Feedly, Discord, Shopify, and Politico to go down.