The first International Conference on Sustainable Water Management began on December 10 at the Indian School of Business in Mohali, Punjab. The theme of the conference deals with promoting integrated and sustainable development and management of Water Resources.

The first International Conference on ‘Sustainable Water Management’ began on December 10, 2018 at Indian School of Business (ISB) in Mohali, Punjab.

The conference is being organised by Bhakra Beas Management Board (BBMB) under the aegis of the National Hydrology Project of the Union Ministry of Water Resources, River Development and Ganga Rejuvenation. It will be held for two days till December 11.

The theme of the international conference is ‘Sustainable Water Management’.

The theme deals with promoting integrated and sustainable development and management of Water Resources.

• The inaugural session of the conference was attended by Himachal Pradesh Governor Acharya Devvrat, who was the chief guest of the event and UP Singh, Secretary at the Union Ministry of Water Resources, who was the guest of honour.

• The conference is expected to witness participation from a number of experts and delegates from reputed organisations from both within India and other countries such as Australia, United Kingdom, USA, Spain, Netherlands, Republic of Korea, Canada, Germany and Sri Lanka.

• The experts will deliver their experience and expertise in the use of state of art technology to the stakeholders for sustainable development of water resources.

• The participation in the conference is by invitation and more than 400 delegates have been registered.

• Overall, around 20 companies and organisations will be putting up stalls in the exhibition to showcase their activities in the area of sustainable water resources management.

• The conference is the first in the series of conferences being organised in India under the aegis of the ongoing National Hydrology Project. The hydrology project is being implemented by the Bhakra Beas Management Board with financial assistance from the Ministry of Water Resources.

Adopting sustainable water management practices is significant for the entire world, especially for India, in order to build a water secure future.

According to the researchers, India’s total water demand will increase 32 per cent from now by 2050. The industrial and domestic sectors will account for 85 per cent of the additional demand.

The primary cause of the increasing water deficit is the contamination of water bodies with both bio and chemical pollutants. The increased amount of solid wastes in water systems such as lakes, canals and rivers are heavily polluting the water. 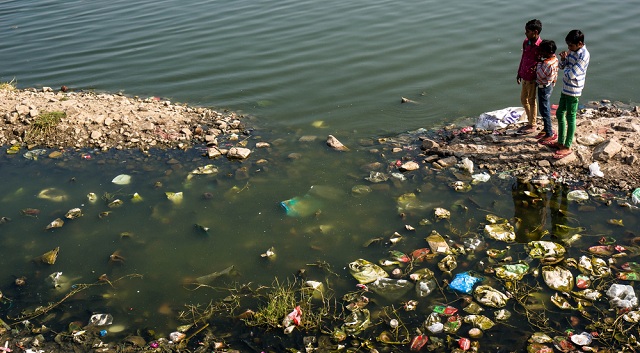 In fact, around 21 per cent of India’s diseases are water-related with only 33 per cent of the country having access to traditional sanitation.

Besides this, the excessive use of groundwater for agriculture has also caused a strain in the resource. As India is one of the top agriculture producers in the world, the consumption of water for land and crops is also one the highest.

Thus, while the demand for freshwater is increasing with the growing population, the decreasing amount of supply is failing to meet the needs of the people.

However, this can be reversed if nations and their citizens start integrating water-efficient practices into their daily routine.