In India, the market economy has been fast replacing the centralized command economy of the Nehruvian and the Indira Gandhi eras. In a market economy, the role of the governments at all levels is of pivotal importance as they have to design and implement policies and programmes to develop social and economic infrastructure to suit the local needs. To achieve this, financial autonomy is essential for the States and local bodies. 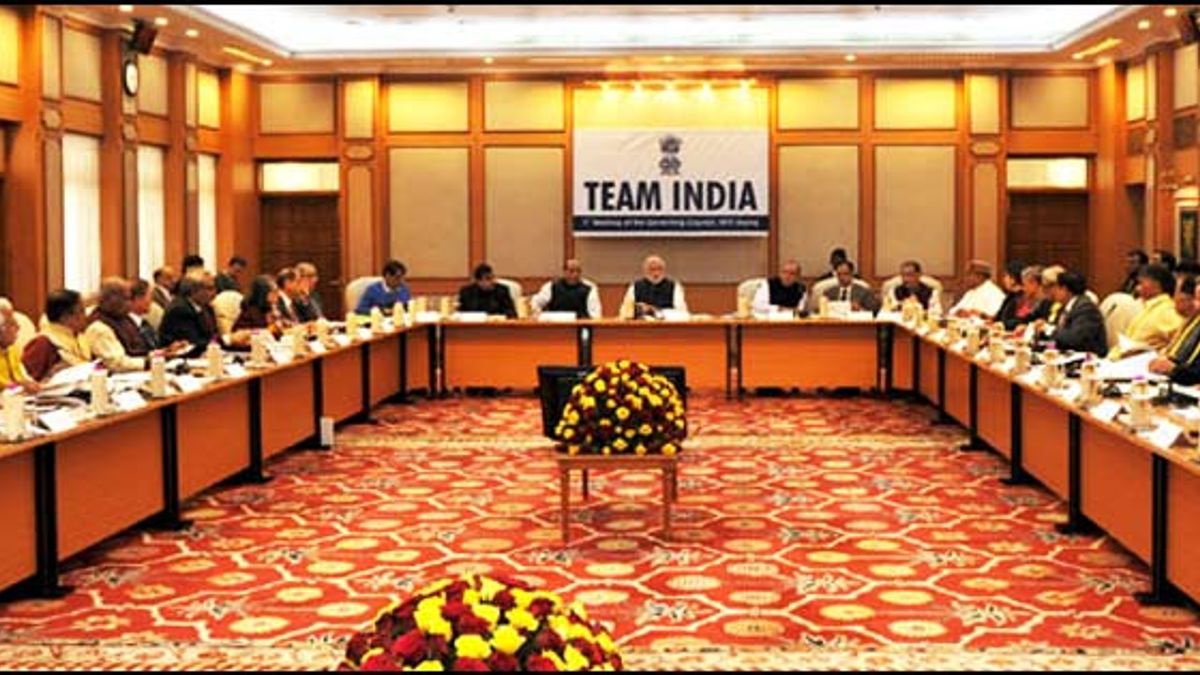 Over the last few years, especially since Narendra Modi-led Government came to power at the Centre in May 2014, one can observe a remarkable shift in the federal relations between the Centre and States. The change is visible in all the essential aspects of the relations like - the division of expenditure responsibilities, fiscal assignments and intergovernmental transfer arrangements and seeks to grant more financial autonomy to the States. To accelerate the change further, new institutions like NITI Aayog was set up and the GST Council was formed. It is against this background, it is pertinent to understand some of the key measures in relation to fiscal federal relations and their impact on the Centre-State fiscal relations. They are as given below.

1. Goods and Services Tax: The Goods and Services Tax or GST was rolled out across the country on 1 July 2017. The GST subsumes majority of the indirect taxes – excise, service, sales tax, octroi, etc – to create ‘One Nation, One Market’. To sort out issues related to its implementation, the GST Council [Art. 279 (1)] was formed as a constitutional body involving the Centre and the States. Since the council decides the CGST and SGST rates, it ensures that the States are significant decision partners in nation-level macro-economic engagement. Previously, in the pre-GST regime, States were not involved in deciding the taxes that fall under the Centre’s purview. However, on the flip side, States have lost the autonomy in deciding the tax rates of subjects that fall under the State list. Previously, State Governments used to fix tax rates by taking into spending requirements, revenue base, etc.  The inability of States to fix tax rates to match their development requirements will result in higher dependence on the Centre for funds.

2. NITI Aayog: On 1 January 2015, NITI Aayog was set up as a think tank for providing policy inputs to the government on the developmental matters. Unlike its predecessor Planning Commission, the NITI Aayog was built on the spirit of ‘Team India’ by accommodating States; It is evident from the fact that its governing council consists of Chief Ministers of all States. The involvement of State Governments in the decision making ensures economic and social planning in the country is decentralized and represent the aspirations of citizen in a better way. The NITI Aayog also reduces the discriminatory tendencies of the Centre in allocation of resources to the States on a partisan basis.

3. 14th Finance Commission: The recommendations of the Fourteen Finance Commission were accepted by the Modi Government for the period 2015-20. During the 5-year period, the devolution of tax receipts from the Centre to the States at the rate of 42 percent, which is an increase of 10 percent compared to the rate suggested by the 13th FC.

4. Restructuring of Central Sponsored Schemes: Starting from the FY 2016-17, the schemes of Centrally Sponsored Schemes (CSS) have been reduced from 66 to 28 umbrella schemes. The reduction in the number of schemes coupled with the increase in devolution of resources by the recent finance commission, reduces the dependency of States on the Centre.It also facilitates the State Governments in designing schemes as per their needs.

5. Allowing State entities to borrow directly from ODA Partners: In April 2017, the Union Cabinet gave nod to financially sound State government entities to borrow directly from the bilateral Official Development Assistance (ODA) partners, like JICA, for implementation of vital infrastructure projects. The guidelines will allow the State government entities to get funding for big projects directly and therefore States’ spending on welfare schemes will not be affected and depend on the Centre for viability gap funding (VGF).

6. Role of State Governments in improving ‘external relations’: Over the last few years, the Centre has been encouraging the States to advance bilateral relations. For instance, during the visit of Modi to China in May 2015, Indian States and Chinese Provinces  agreed to establish a State/Provincial Leaders’ Forum. Similarly, many of the Indian cities like – Varanasi, Hyderabad, Banglore, etc signed sister city partnership agreements with major cities of the developed countries. These agreements will help the cities in attracting financial, technological and human resources for the development; thus reducing the dependence of the States on the Centre.

In a nutshell, the above measures indicate that the States, including the urban local bodies, benefitted from the above mentioned measures. The tier-II and tier-III governments got more transfers from the Centre and the freedom to raise financial resources and design schemes to serve the local needs.

In India, the market economy has been fast replacing the centralized command economy of the Nehruvian and the Indira Gandhi eras. In a market economy, the role of the governments at all levels is of pivotal importance as they have to design and implement policies and programmes to develop social and economic infrastructure to suit the local needs. To achieve this, financial autonomy is essential for the States and local bodies. The above mentioned trends indicate that, though the State governments are more empowered now when compared to over a decade ago, the local governments are still lagging behind in terms of financial autonomy.