The scheme aims to enhance the green cover in the catchment areas of the river Ganga and to control the land erosion. 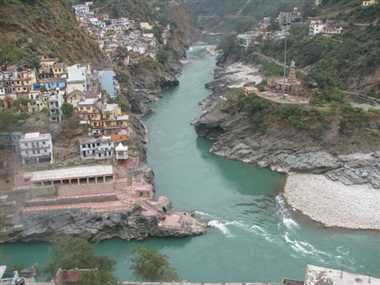 The Uttar Pradesh Government launched the Ganga Hariteema Yojana, also known as Ganga Greenery scheme, on April 7, 2018 in the 27 districts of Uttar Pradesh that are located on the bank of river Ganga.

Chief Minister Yogi Adityanath launched the scheme at Allahabad in a function organised on the bank of Sangam, the confluence of rivers of Ganga, Yamuna and mythical Saraswati.

• The scheme aims to enhance the green cover in the catchment areas of the river Ganga and to control the land erosion.

• Under the scheme, plantation will be carried out in one-kilometre areas from the banks of river.

• Common people will also will be encouraged for plantation on their private lands under 'One Person One Tree' slogan.

• A high power committee under Chairmanship of Chief Minister has been set up to monitor the implementation of the scheme.

• Seven state government departments have been engaged for implementation of the scheme.

• A committee has been set up under the Chairmanship of the Chief Secretary Rajeev Kumar to look after the contribution of different departments.

• The scheme will be carried out by September 16 2018, the date that will be observed as the International Day for the Preservation of the Ozone Layer 2018.

• Department of Forest has been nominated as nodal department for the scheme.