German Chancellor Angela Merkel will be co-chairing the 5th Indo-German Integovnmental consultations along with PM Narendra Modi in the national capital.

German Chancellor Angela Merkel has arrived in India for a two-day state visit from October 31 to November 2, 2019. Merkel will be co-chairing the 5th Biennial Indo-German Integovnmental consultations (IGC) along with PM Narendra Modi in the national capital.

Accompanying the German leader are the officials from 15 ministries and a high-power business delegation. During the visit, India and Germany are expected to sign 20 agreements on various issues including on agriculture, development and social security, football and museum cooperation.

This is the German Chancellor’s fourth visit to India. She was received by Prime Minister Narendra Modi upon her arrival at Rashtrapati Bhawan, where she was accorded a ceremonial welcome amidst deteriorating air quality in the national capital. 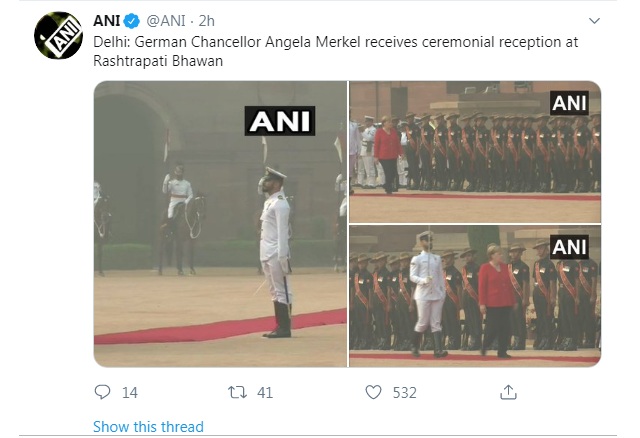 Overall, this would be the fifth meeting of PM Narendra Modi and German Chancellor Angela Merkel in the year 2019.

Speaking after her arrival at the Rashtrapati Bhawan in Delhi, German Chancellor Angela Merkel said, “I am delighted to be here in India. Germany-India are linked by very close ties. We have great respect for this vast country and its diversity.” 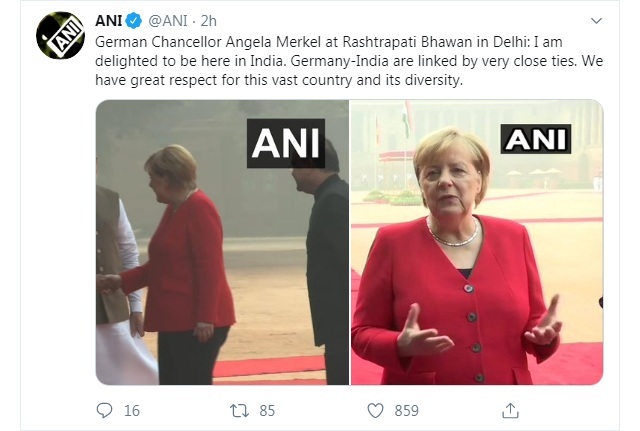 During the ceremonial welcome at the Rashtrapati Bhawan, German Chancellor Angela Merkel remained seated while national anthems of both countries were played due to medical reasons. India had invoked certain provisions to let the Chancellor remain seated when the national anthems are played.

After the ceremonial welcome, Chancellor Angela Merkel visited Rajghat to pay her respects to the father of the nation, Mahatma Gandhi. 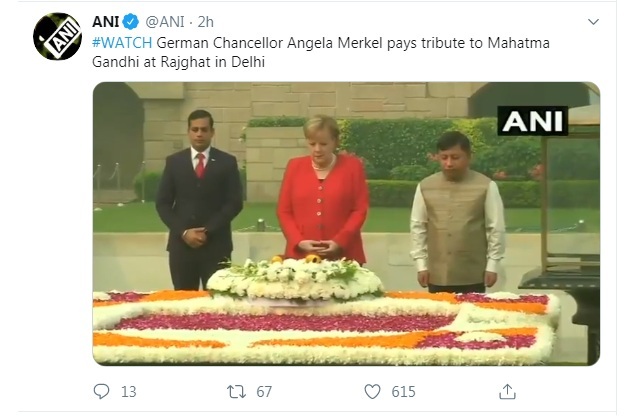 Merkel will then hold a short meeting with PM Modi, after which the inter-governmental consultations between India and Germany will begin.

As per reports, the areas that will be covered during the Inter-governmental talks include climate change, sustainable development, security & economy, artificial intelligence and skill development.  The talks could also include a possible free trade agreement with the European Union.

India and Germany are expected to sign around 20 agreements after the talks and issue joint statements.

After the conclusion of the talks, the German Chancellor is scheduled to meet Indian President Ram Nath Kovind and then meet PM Modi again in a restricted meeting at his residence at 7, Lok Kalyan Marg.

On November 2, the German Chancellor is scheduled to meet the business community. She will also visit a German- company based in Gurugram, as well as the Dwarka sector 21 metro station. She will be departing for Germany at around 12:15 am.