To mark the birth anniversary of Atal Bihari Vajpayee, his Samadhi ‘Sadaiv Atal’ was dedicated to the nation. ‘Sadaiv Atal’ reflects Vajpayee’s personality as a poet, humanist, statesman and a great leader. 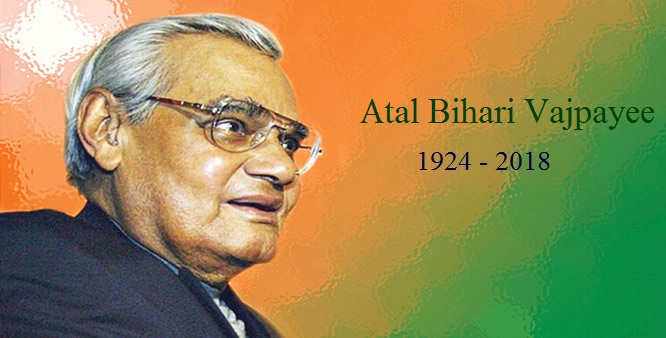 India observed the Good Governance Day on December 25, 2018 to mark the birth anniversary of former Prime Minister Atal Bihari Vajpayee who passed away on August 16, 2018 at the age of 93.

The Good Governance Day was established in 2014 to honor former-Prime Minister Vajpayee by fostering awareness among the Indian people of accountability in governance.

• Under the scheme, each household in the state will be able to avail medical treatment of up to 5 lakh rupees annually.

• The scheme will benefit 23 lakh households and cover 1350 critical diseases.

• The Chief Minister signed Memoranda of Understanding with private hospitals and announced that soon free of cost OPD facilities will be available for children and elderly people in the state.

• All the households have been included under the scheme.

• The schools are affiliated to the Maharashtra International Education Board, which the state government had set up with an aim to achieve higher education standards.

• Various programmes such as kavi sammelans, debates, poetry recitals, rangoli competitions and extempore debates were organised in all the schools and colleges.

• A two-hour play ‘Rashtra Purush Atal’ was staged by a 200-strong group from Maharashtra in state capital Lucknow.