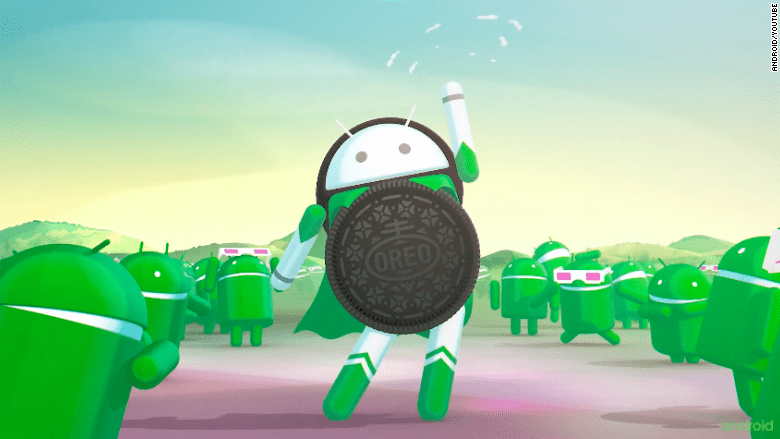 Google on 21 August 2017 officially introduced final version of Android 8.0 named as Oreo, previously it was known as Android O. Oreo is smarter, faster and more powerful than ever.

It comes with new features like picture-in-picture and Autofill to help navigate tasks seamlessly.

All about Android Oreo
• Android Oreo is more secure with inbuilt Google Play Protect, Security Status Front and tighter app install controls.
• Google Play Protect detects and remove harmful apps by scanning more than 50 billion apps on 2 billion devices a day.
• Picture-in-picture feature lets you text, browse the web and read emails while watching a YouTube video.
• Autofill on Android Oreo remembers things like logins with permission to quickly get you into your favourite apps.
• Android Instant Apps gives you access to apps without having to download them.
• With Android Oreo, one can get started on tasks more quickly than ever with a faster boot speed.
• It will minimize unintentional overuse of battery from apps in the background.
• Android Oreo also brings along a team of fully-redesigned emojis with over 60 new emoji.
• This new version also makes viewing notifications easier. Now, the notification dots will appear on app icons which users can tap to quickly see what's new without opening the app completely.