Is Rishabh Pant a replacement or cover for Shikhar Dhawan? The Indian team management is not keen on calling any replacement for Dhawan. 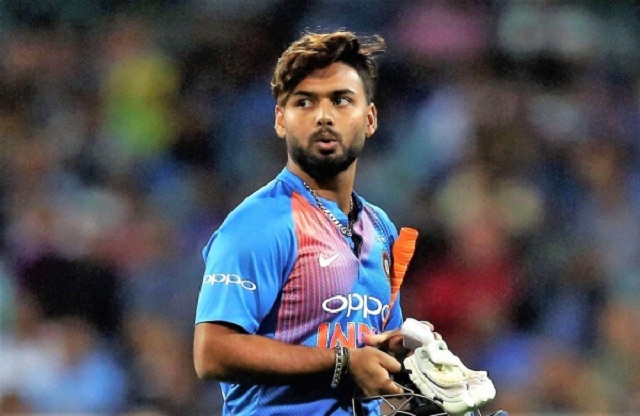 Rishabh Pant, the young Indian wicketkeeper-batsman who was initially left out from the 15-member World Cup squad, is being flown in as a cover for injured Indian opener Shikhar Dhawan.

Rishabh Pant replacement or cover: Why is there a delay in announcing Pant as Dhawan’s replacement?

According to reports, while Shikhar Dhawan has almost been ruled out of the ICC World Cup 2019, the Indian side’s team management is not keen on calling any replacement for Dhawan, including Pant and instead hope for Dhawan to get fit before the end of the tournament, at least by the semi-finals or finals.

There have been times when athletes have recovered faster than expected and the team management is pinning its hopes on this.  Indian skipper Virat Kohli and head coach Ravi Shastri are willing to wait even if Dhawan is fit for the last group match against Sri Lanka on July 6.

The selection committee of the Indian cricket team headed by Chairman MSK Prasad, however, wants to announce a replacement straightaway. An official announcement of replacement would mean that Dhawan would have no chance of coming back into the team if India goes into semi-finals or finals.

Hence, for now, Rishab Pant is being called in as a cover and back-up, in case he is needed urgently. He was scheduled to reach England on the eve of India vs New Zealand World Cup 2019 match. Pant won’t be considered as a replacement to Dhawan until the team management takes a final call on Dhawan's availability for the rest of the world cup.

According to sources, until Rishabh Pant is officially named the replacement of Shikhar Dhawan, he will not officially be a part of the Indian squad and will not have dressing room access on match days.

He will also have to travel separately, as according to ICC’s Anti Corruption rules, only the selected players can travel in the team bus and have dressing room access.