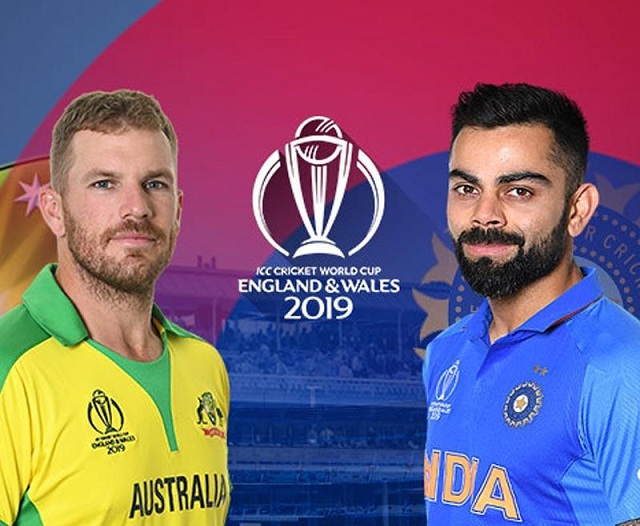 India vs Australia Match Preview, World Cup 2019: Team India is all set for its second face-off against the mighty Australia in a clash of the heavyweights at the Kennington Oval, London. While this will be India's second match of ICC World Cup 2019, Australia will be playing its third match, riding on the back of two consecutive wins.

Where can you watch the India vs Australia World Cup 2019 match?

Match Venue: The match will be played at the Oval in London.

Team India's practice session at the Oval was washed out due to rains on Friday, June 7. However, on the eve of the India Australia clash, the sun was out and the forecasts improved. There is no prediction of rain on match day.

The conclusion drawn from the above games is that while posting a total beyond 300 runs could be easy at the Oval, chasing would not be an easy task. New Zealand, while it managed to win its match against Bangladesh, struggled quite a bit in the middle. The pitch is expected to have a lot in store for the bowlers.

India has begun its world cup 2019 campaign with a win. However, India's top order is a concern, as besides Rohit Sharma, India had early blows in its opening match. In order to register a win against the confident Australians, the Indian top order will need to stick around to give the bowlers a comfortable total to defend. India has a good bowling line-up.

Taking note of the pitch predictions at the Oval, both the team may look to bat first.

No team has managed to dominate the world cup as the mighty Australians. Despite their not-so-great form in the past year, owing to suspensions of Steve Smith and David Warner following the  ball tampering scandal, the team has shown a formidable form in the World Cup 2019. Australia will be coming into the match riding on confidence from its previous two wins, against Afghanistan and West Indies. Australia, like India, too has a great bowling line-up, especially Mitchell Starc would be looking to get another five-wicket haul.

India and Australia have clashed in the cricket world for a total of 11 times, out of which India has lost 8 matches to Australia, including the final in 2003. Here is a list of their key world cup encounters-

2015: India lost to Australia in the semi-finals at Melbourne.

1999: India lost to Australia at the Oval in London.

1992: India lost to Australia in Brisbane by 1 run in a rain-affected match.

1987: One loss, one win, India lost their opening match against Australia but won their second match.

1983: India-led by Kapil Dev thrashed Australia at Chelmsford, on the way to their first world cup victory.