India’s renewable energy capacity will be more than double by 2022, according to the latest renewables market analysis and forecast report by the International Energy Agency (IEA). The increase, according to the report, would be enough for India to overtake renewable expansion in the European Union for the first time ever. 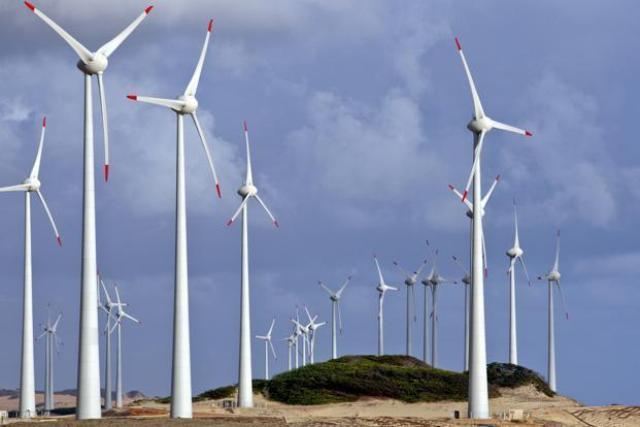 India’s renewable energy capacity will be more than double by 2022, according to the latest renewables market analysis and forecast report by the International Energy Agency (IEA).

The increase, according to the report, would be enough for India to overtake renewable expansion in the European Union for the first time ever.

The country’s renewable energy installed capacity is 58.30 GW as per the recent government data. The government has an ambitious target of raising it to 175 GW by 2022 including 100 GW of solar and 60 GW of wind energy.

IEA stated in its report that the solar PV and wind together represent 90 per cent of India’s capacity growth as auctions yielded some of the world’s lowest prices for both technologies.

Earlier in 2017, the solar and wind power tariffs dropped to the all-time low of Rs 2.44 per unit and Rs 3.46 per unit in the tariff-based competitive bidding conducted by Solar Energy Corporation of India (SECI).

According to IEA, boosted by a strong solar PV market, renewables account for almost two-thirds of net new power capacity around the world last year with almost 165 GW coming online.

Renewables will continue to have a strong growth in coming years. By 2022, renewable electricity capacity should increase by 43 per cent, the report said.

“We see renewables growing by about 1,000 GW by 2022, which equals about half of the current global capacity in coal power, which took 80 years to build,” said Fatih Birol, the executive director of IEA.

“What we are witnessing is the birth of a new era in solar PV. We expect that solar PV capacity growth will be higher than any other renewable technology through 2022,” Birol added. This year’s renewable forecast is 12% higher than last year, thanks mostly to solar PV upward revisions in China and India.

China, India and the US will account for two-thirds of global renewable expansion by 2022.

China remains the undisputed leader of renewable electricity capacity expansion over the forecast period with over 360 GW of capacity coming online, or 40 per cent of the global total.

China has already exceeded its 2020 solar PV target three years ahead of time and is set to achieve its onshore wind target in 2019.

The nation’s renewables’ growth is largely driven by concerns about air pollution and capacity targets that were outlined in the country’s 13th five-year plan to 2020.