International Day of Rural Women 2019: Everything you need to know

International Day of Rural Women is observed every year with the aim of empowering rural women. 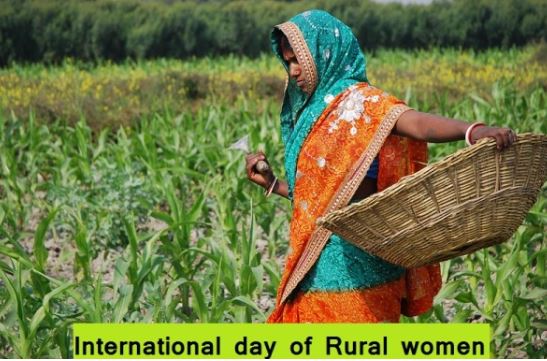 International Rural Women's Day is observed on 15 October every year across the globe. This day emphasize on a factor that the world’s sustainable future is not possible without rural women and girls. Vice President M. Venkaiah Naidu appealed to the world community to give the highest priority to empowering women.

United Nations and other UN entities believe this great need to empower rural women and girls in the context of climate change. The Secretary-General Report of 2019 was focused on improving the situation of women and girls in rural areas that highlights the importance of empowerment of rural women.

This year’s theme for International Day of Rural Women 2019 is ‘building resilience to face the climate crisis.’ The objective of this theme is to highlight the important role that rural women and girls play in building resilience against climate change. Another aim of this day is to remember that the world’s sustainable future is not possible without rural women and girls.

• There are many sectors where rural women play a significant role in food security, agriculture and nutrition. These women also work in resource management, domestic care work and other unpaid jobs.
• United Nation says that rural women and girls have a critical contribution to the rural economy but they lag behind rural men and urban women.
• They have to face several gender discriminations in agriculture-based jobs. UN believes that an empowered woman has greater capacity to respond to climate change.
• Rural women are always at the front of battle when agriculture and natural resources are threatened.

The government of India has launched several schemes to empower rural women. These include Pradhan Mantri Ujjwala Yojana. This scheme was launched with an aim of bringing happiness on the faces of women from poor families of India. This scheme was started on May 1, 2016. Under this scheme, poor women get free LPG gas connections.

Anandadhara Yojana is a poverty-alleviation program launched in the year 2012 for the rural poor, which is implemented through women self-help groups. Rural women who depend on agriculture and natural resources for their livelihood represent about a quarter of the world's population.