ISRO’s astronaut training hub to be established in Challakere, Karnataka

ISRO has prepared a proposal of Rs 2700 crore for the development of this center. 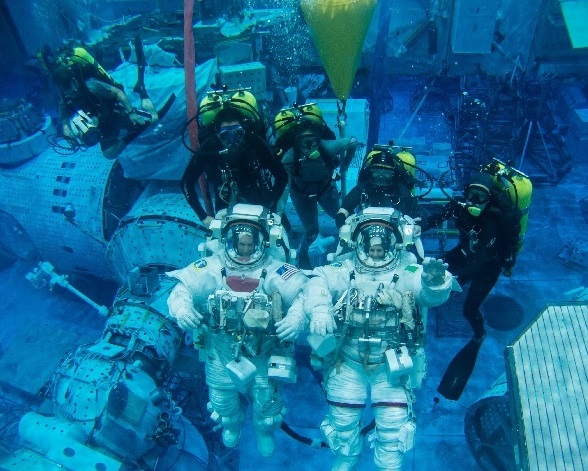 Indian Space Research Organization (ISRO) proposed 2,700 crores of infrastructure plans to construct its first Human Space Flight Infrastructure Centre (HSFIC) on January 06, 2020. This astronaut hub will be established Challakere, Chitradurga district of Karnataka. It is expected that this center will start functioning in the next three years.

Various activities related to the training of astronauts to manned missions will be conducted here. This pace is about 200 km from Bengaluru. Challakere is also known as Science City where various other scientific establishments are already working.

Key Highlights
• According to the ISRO’s proposal, Human Space Flight Centre (HSFC) will start functioning within the next three years.
• At present, the Human Spaceflight Program is being carried out in various centers like U.R. Rao Satellite Centre in Bengaluru and Vikram Sarabhai Space Centre in Thiruvananthapuram.
• However, the Institute of Aerospace Medicine of the Air Force (IAMAF) is working for astronauts' selection and training.

Also Read | Australia Wildfires: Everything You Need To Know

Importance of Challakere Astronaut Training Centre
• ISRO has prepared a proposal of Rs 2700 crore for the development of this center. There will be no need to go elsewhere for activities related to manned missions when this center is ready.
• Three astronauts will be sent to space by the year 2022 under the Gaganyaan mission. Four astronauts have been selected for training in Russia.
• There are centers of Defence Research Development Organization (DRDO), Bhabha Atomic Research Center (BARC), Indian Institute of Science (IISc) and ISRO spread over an area of about 10,000 acres.

NASA’s astronaut training center
NASA’s astronaut training center is one of the biggest and advanced space facility hubs. Astronauts get training in Space Vehicle Mock-up Facility. Astronauts learn about how they have to move in the space. As per the information on NASA’s website, there is an air-bearing floor where astronauts learn how to move large objects in the space. There is also a Neutral Buoyancy Laboratory where astronauts go underwater to practice spacewalks and extravehicular activities.