Delhi High Court will plea seeking constitution of a fact-finding committee to inquire into the police crackdown in the Jamia Milia Islamia University. 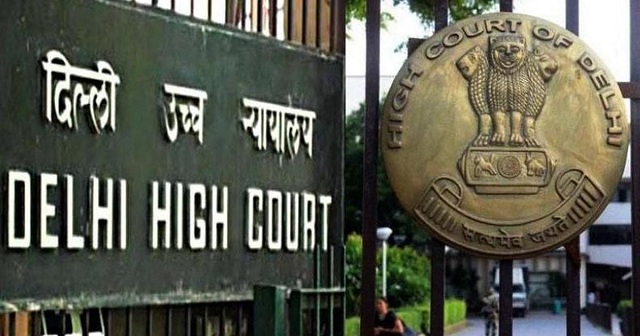 The Delhi High Court has agreed to hear the plea seeking constitution of a fact-finding committee to inquire into the police crackdown in the Jamia Milia Islamia University, following protests against the Citizenship Amendment Act, 2019.

The matter will be taken up for hearing on December 19 by a division bench of the court comprising Chief Justice DN Patel and Justice Rekha Palli. The matter was listed for urgent hearing by the petitioner.

• The plea seeking constitution of a fact-finding committee to look into the violence against students in the Jamia University was filed by Rizwan, who claimed that the Delhi Police used discriminatory and illegal force against students on the false pretext of restoring law and order.

• The petition claims that the students were protesting peacefully, in the exercise of their fundamental rights, but were disrupted by the Delhi Police.

• The petition highlighted that various accounts by the students and multiple videos that are readily available reveal that the protest and exercise of the fundamental rights by Jamia students was disrupted by the Delhi Police through the use of unjustified, arbitrary and brute force, in total disregard of the law and order.

• The petition claimed that the students were mercilessly beaten and hurled with racial and derogatory comments and abuses. The police also fired expired tear-gas shells and resorted to lathi-charge against both male and female students.

• The petitioner further stated that the police not only vandalized property to create terror but also attacked, manhandled and harassed nearby residents, journalists and news reporters present at the scene.

Key demands of the petitioner

The petitioner seeks constitution of a fact-finding committee that would comprise former Supreme Court or High Court Judges.

The petitioner also seeks a direction of no coercive action against the students against whom any FIR has been registered until the Committee submits its findings.

The petitioner also seeks a direction from the court to the Delhi Government to provide free medical assistance to all the injured students along with compensation.

Lastly, the petitioner seeks direction against the Delhi Police to not let them enter the University premises without the required permission from the university authorities.

The petition was filed through advocates Tariq Khan and Apoorv Singhal. The plea was listed for hearing at the Delhi High Court in accordance to the Supreme Court’s direction, asking the petitioners to approach the High Court with the case.

The Supreme Court had on December 17, 2019 refused to take up the pleas against Jamia violence and asked the petitioners to approach the High Courts. While condemning the burning of the public buses, the apex court said that it does not have to intervene, as it is a law and order problem and urged the petitioners to approach the jurisdictional High Court.