The resolution to revoke Article 370 and bifurcation of the Jammu and Kashmir to two Union Territories have already been tabled in the House. 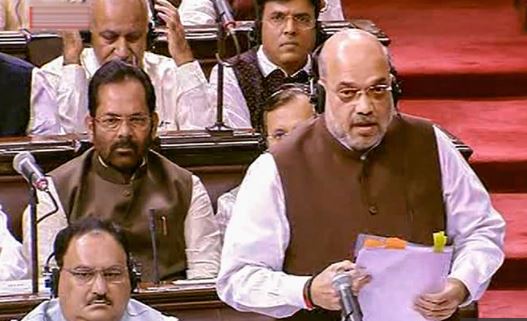 President Ram Nath Kovind has signed the bill to declare abrogation of the provisions of Article 370 of the Constitution, which gave special status to Jammu and Kashmir. The move came after both Houses of Parliament passed a resolution in the same regard. 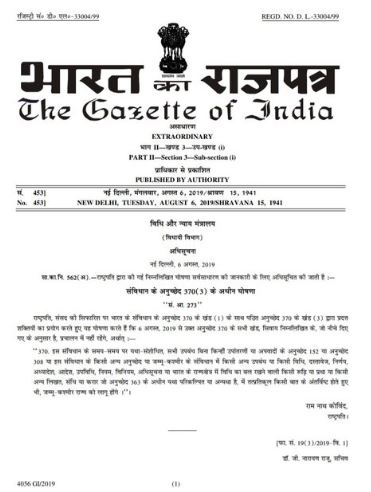 Earlier, the government had moved the Jammu and Kashmir Reorganisation Bill 2019 for consideration and passage in Lok Sabha on August 6, 2019. The Lok Sabha passed this bill with a thumping majority with 270 votes in favour. Along with this, the provisions of 10% reservation for Economically Weaker Sections (EWS) among the general category was also passed in the house.

Speaking in the Upper House, Home Minister Amit Shah assured the members that he would move the bill and the resolution for consideration of the House. Home Minister also said that the opposition can have a detailed discussion on the same bill and he is ready to give the reply.

• The Bill seeks to scrap Article 370 and to make Jammu and Kashmir a Union Territory with the legislature and Ladakh Union Territory without legislature.
• The Jammu and Kashmir Reservation (Second Amendment) Bill 2019 having provisions of 10 per cent reservation for Economically Weaker Sections of upper caste in the state was also passed by the upper house.
• Home Minister Amit Shah said that Jammu and Kashmir will become a true part of India in letter and spirit once article 370 is removed.
• Amit Shah, speaking in the Rajya Sabha, said that the provisions of Article 370 are discriminatory on the basis of gender, class, caste and place of origin.