Jats of Dholpur and Bharatpur brought under OBC category

Earlier, Jat community of these two districts, namely Dholpur and Bharatpur, were deprived of the quota benefits of OBC category by the High Court on 10 August 2015. 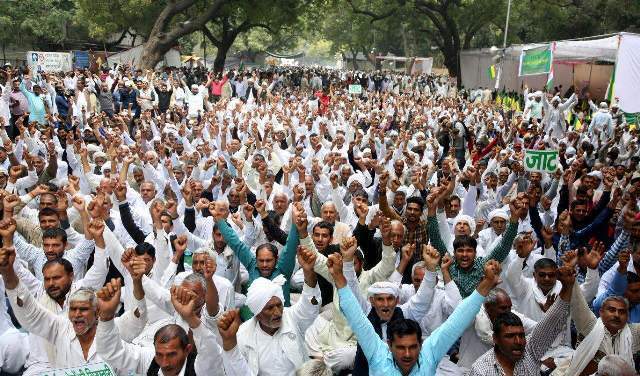 Jats of Dholpur and Bharatpur brought under OBC category

Rajasthan Government on 23 August 2017 gave reservation to Jats of Dholpur and Bharatpur districts under the Other Backward Class (OBC) category. Leaving the two districts, Jats of other districts of the state were enjoying the benefit of OBC reservation.

The State Social Justice and Empowerment department issued a notification in this regard and said that the decision was taken during a cabinet meeting.

The decision was taken in light of recommendations of OBC commission headed by Chairman Jitendra Goyal and member secretary Hari Kumar Godara, which submitted its report in June 2017 to the Chief Minister Vasundhara Raje.

The announcement was made days after the community members’ threatened to stage an agitation on 23 August 2017. They disrupted rail and road traffic in June demanding quota. It was a long pending demand of the Jat community people residing in both the districts to include them in the OBC list.

However, the Jats of Bharatpur and Dholpur were included in the state OBC list through two separate notifications issued on 1 January 2000 and 10 January 2000.

Why was the reservation to Jats community of these two districts denied?

Jats of Dholpur and Bharatpur were kept out of the OBC category by the then Atal Bihari Vajpayee-led NDA government in 1999. They were not considered socially backwards because they belong to the ruling class in these districts. The community was ruling these two districts before independence.

Later on 10 August 2015, the Rajasthan High Court deprived the Jats community of these two districts, namely Dholpur and Bharatpur, of quota benefits of OBC category.

Why the High Court quashed OBC benefits to Jats of Bharatpur and Dholpur?

The Rajasthan High Court quashed the state government’s notification issued in January 2000 after the facility granted to the community was challenged before the Court. The court in its verdict said that no survey was conducted before giving reservation to Jats of the two districts.

Quashing the OBC benefits to the community, the high court referred the rest community’s case to a permanent Commission for Backward Classes that was to be constituted in four months.

While the Jat reservation matter was still being heard by the Rajasthan High Court, the Supreme Court on 17 March 2015 quashed a Government of India's notification dated 4 March 2014 and struck down the Jats of Bharatpur-Dholpur from the Centre's OBC list too.