Krishna Sobti, renowned Hindi litterateur, will be honoured with the 53rd Jnanpith Award for the year 2017. The decision was announced by the Jnanpith Selection Board at a meeting of the selection committee held on 3 November 2017. The meeting was chaired by renowned Hindi critic Namwar Singh. 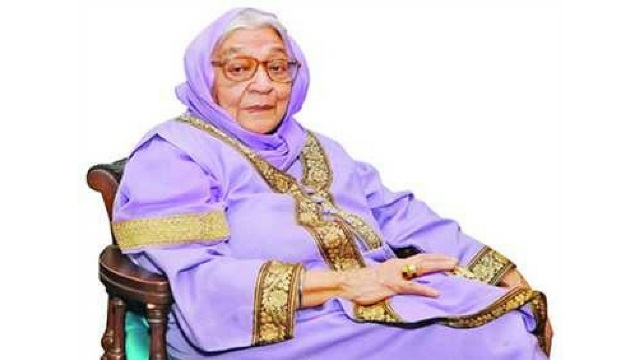 Krishna Sobti, renowned Hindi litterateur, will be honoured with the 53rd Jnanpith Award for the year 2017.

The decision was announced by the Jnanpith Selection Board at a meeting of the selection committee held on 3 November 2017. The meeting was chaired by renowned Hindi critic Namwar Singh.

The 92-year-old writer was chosen for the prestigious award for her path-breaking contribution in the field of literature.

The jury for the selection of the award comprised Girishwar Mishra, Shamim Hanifi, Harish Trivedi, Ramakant Rath and the director of the Bharatiya Jnanpith Leela Dhar Mandloi.

• Sobti was born in 1925 in Gujrat, in Pakistan’s Punjab Province.

• She is known for experimenting with new styles and forms of writing and creating ‘bold’ and ‘daring’ characters in her stories who were ready to accept all challenges.

• Her writing language was influenced by the intermingling of Hindi, Urdu and Punjabi cultures.

• Her choice of subjects ranged from the Partition and relationships between man and woman, to the changing dynamics of the Indian society and the gradual deterioration of human values.

• She is most known for her 1966 novel Mitro Marajani, an unapologetic portrayal of a married woman's sexuality.

• Several of her works have been translated into English and other Indian languages and also in foreign languages such as Swedish and Russian.

• Sobti has been the recipient of many prestigious awards in the past including the Sahitya Akademi Award, Katha Chudamani Award, Shiromani Award and Hindi Academy Award.

• She was also honoured with the Sahitya Akademi Fellowship- the highest honour of the Akademi- in 1996.

• In 2015 however, the writer returned both, the Award, and her Fellowship, citing governmental inaction following riots in Dadri. Other reasons for the move included concerns regarding freedom of speech and comments made by a government minister concerning Hindi writers.

• She was offered the Padma Bhushan by the Government of India in 2010, which she declined.

• The award is the highest literary award of the country.  It was established in 1961.

• The award is bestowed only on Indian writers writing in any of the 22 Indian languages included in the Eighth Schedule to the Constitution of India and English.

• It is presented annually by the Bharatiya Jnanpith trust to an author for their "outstanding contribution towards literature". It is not conferred posthumously.

• Prior to 1982, the award was only conferred for a single work by a writer, however, after 1982 the award recognised writers’ lifetime contribution to Indian literature.

• The first recipient of the award was the Malayalam writer G. Sankara Kurup, who received it in 1965 for his collection of poems, Odakkuzhal.

• Till now, the award has been conferred to fifty-seven writers including seven women authors.

• Bengali writer, Ashapoorna Devi was the first woman novelist to win the award in 1976 for her 1965 novel Pratham Pratisruti.

• In 2016 as well, the award went to a woman novelist - Bengali poet and critic Shankha Ghosh.