Locusts Swarms in India: What are Locusts & its Plague; How are they Harmful & Control Measures - Explained

Locusts Attack in India: Know here what is meaning of Locusts, what is locust plague, how they form swarms, how do locusts look, what they eat, how they damage the crops and agriculture. Know measures taken for locusts control and everything about Locusts. 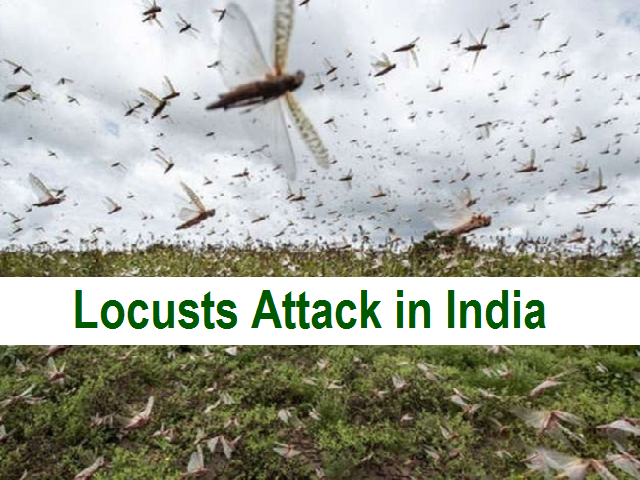 Locusts Attack in India: Large swarms of Desert Locusts have entered India's Rajasthan through Pakistan in search of crops and greenery to satisfy their hunger. The locusts swarms began from Iran in 2019, migrating to Pakistan and now have entered India in Rajasthan, Punjab, Gujarat and Madhya Pradesh. These desert locusts have already infested areas of North & Central India and are slowly moving towards Uttar Pradesh, Delhi and Maharashtra.

While India is already battling the consequences of novel Coronavirus on its economy, locust attack or plague could further devastate its agricultural economy and risk India's food security. This is the worst ever locusts attack in last three decades. The Locust Warning Organisation has suggested for the use of drones for sprinkling chemicals in Rajasthan to kill the locust.

Let's now have a look at some important questions that answer everything about locusts:

Q1. What are Desert Locusts?

Answer: The Desert Locust is one of the species of grasshopper family and is known as Schistocerca gregaria (Forskal) scientifically. They move in swarms and are highly mobile.

Answer: Locusts look like grasshoppers and differ from them by being short-horned, adaptive and migratory in nature. 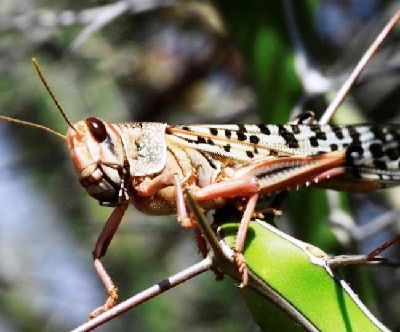 Q3. What is the life span of a locust?

Answer: The life span of a locust is just 90 days.

Q4. What do locusts eat or feed on?

Answer: Desert locusts are insatiable eaters; they consume food equal to their body weight in a day. They feed on green and leafy plants. farm lands, green crops and pastures. They eat only in day time.

Q5. How do locusts breed?

Answer: Locusts breed in suitable weather and regions. They breed with very high fertility as they feed. Locusts increase their population by 16000 times in just 3 breeding seasons.

Q6. What is Locust Plague?

Answer: A dense group of locusts is known as swarm. When these locusts swarms attack the crops and disturb agricultural economy, it is known as locust plague.

Q7. Are Locusts harmful or dangerous?

Answer: Yes, locusts are harmful for crops and food security. Otherwise, they are harmless insect.

Q8. Can locusts be killed?

Answer: Yes, locusts can be killed with organophosphate chemicals and pesticides. As they eat in daylight only, they are a easy prey at night.

Q10. Which ministries/departments of India are involved in the locust control?

Q11. What measures have been taken by Government for Locusts Control in India?

Use of Drones: The Union Ministry of Civil Aviation gave approval to DPPQS to deploy Remotely Piloted Aircraft System (drones) for containing the locusts plague. Two companies have been roped in to spray pesticides through the drones.

Alert issued in states likely to attract locusts swarms: The Government has issued alert in the states where locusts are likely to affect crops including Uttar Pradesh and Indo-Pakistan Border.