General Manoj Mukund Naravane took over as the 28th Chief of Army Staff. 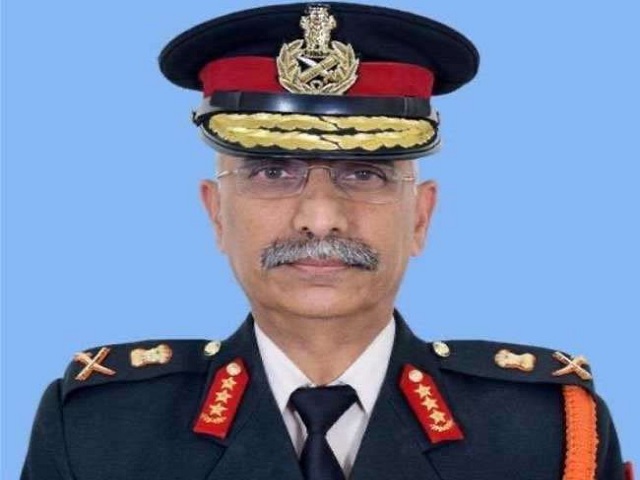 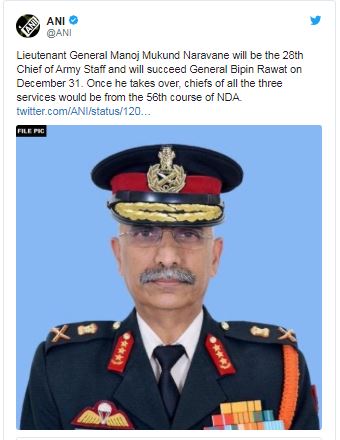 About Lt. Manoj Naravane
• Lt Gen Naravane is an alumnus of National Defence Academy (NDA) and Indian Military Academy (IMA).
• In June 1980, he was commissioned into the 7th Battalion of the Sikh Light Infantry Regiment.
• He has long experience of counter-insurgency operations in Jammu and Kashmir and North-East area.
• He was awarded Army Medal for commanding his battalion effectively in Jammu and Kashmir.
• Lieutenant General Naravane has vast experience working in a highly active anti-terrorism environment during his 37 years of service.
• He was also part of the Indian Peace Keeping Force in Sri Lanka and also lived in Myanmar for three years.
• He served as General Officer Commanding-in-Chief (GOCC), Army Training Command from December 01, 2017, to September 30, 2018.
• Lt Naravane was appointed as Vice Chief of Amy Staff on September 1, 2019, when Lt. Devraj Anbu retired from his services.

Also Read | Vijay Diwas 2019: Everything you need to know