Under One Nation One Ration Card Scheme, a beneficiary will be able to avail benefits across the country using the same ration card. 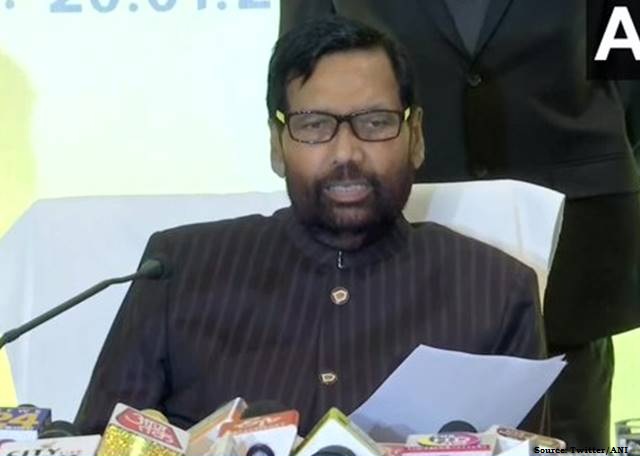 One Nation One Ration Card Scheme will be implemented across India from June 1, 2020, as per the announcement made by Union Minister of Consumer Affairs, Food and Public Distribution Ram Vilas Paswan. The all-India roll-out of the scheme has been preponed from its original date of 30th June to 1st June.

Portability of Food Security Benefits: One of the key advantages of the One Nation One Ration Card Scheme is that beneficiaries will be able to avail their entitled food grain under the National Food Security Act from any Fair Price Shop located across India.

Aimed at Helping Poor Migrants: Until now, poor migrants, who migrate to a new place had to get a new ration card issued in their name at their new location in order to buy food grains at subsidized prices through Public Distribution System. However, with the all-India roll-out of the scheme from 1st June 2020, migrants will be able to buy subsidized food grains from any fair price shop across the country, without having to apply for and obtain a new ration card.

Beneficiary Identity through Aadhaar: Under the new One Nation One Ration Card scheme, the beneficiary of the scheme will be identified and verified through Aadhaar authentication at the Fair Price Ships on the electronic point of sale (e-POS) devices.

Number of People Covered under NFSA: As per the data provided by PIB, NFSA currently provides coverage for about 81.34 Crore people across the country, who will now be able to take advantage of the One Nation One Ration Card Scheme.