The Ghaznavi is a short-range surface-to-surface nuclear-capable ballistic missile. 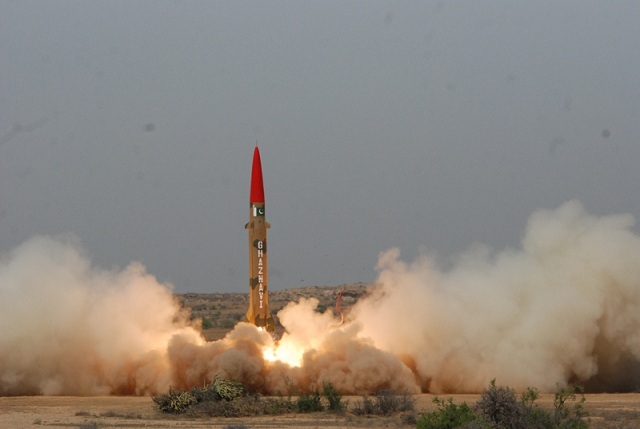 Major General Asif Ghafoor tweeted saying that Pakistan has successfully carried out the night training launch of the surface to surface ballistic missile Hatf-III Ghaznavi. The Ghaznavi missile is capable of delivering different types of warheads including nuclear and conventional up to a range of 290 km. 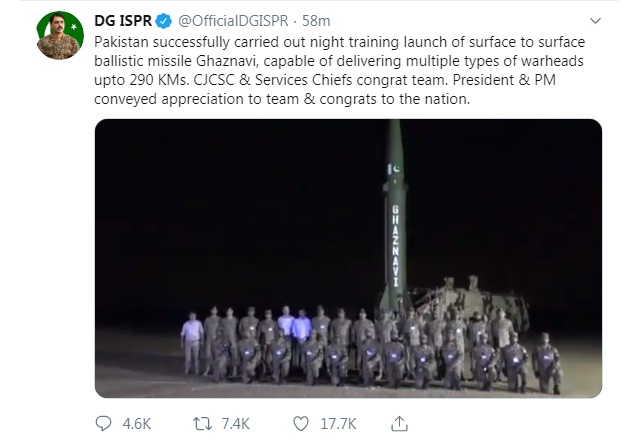 Ghaznavi missile was reportedly launched from the Sonmiani flight test range in Balochistan, near Karachi. The missile was tracked by the National Development Complex (NDC) ground control station, which is located at a 220 km distance from the test range. The NDC is Pakistan’s missile developer, which has its headquarters in Fatehjang, Punjab (Pakistan).

The Ghaznavi is a short-range surface-to-surface ballistic missile. With its successful launch, it will join Pakistan's Ghauri and Shaheen series of medium-range ballistic missiles. Shaheen III has the longest range of 2,750 km.

The Indian Coast Guard has sent out an alert about trained Pakistani commandos entering Gulf of Kutch through Harami Naala Creek. The Indian ships in Mundra and Kandla ports in Gujarat have been asked to take the necessary security measures and remain vigilant and all suspicious activity should be reported to Marine Control Station.

The missile test comes at a time when Pakistan is intensifying its efforts to internationalise the Kashmir issue. Pakistan has taken its case on the matter to the International Court of Justice (ICJ).

Pakistan PM Imran Khan, in fact, also hinted recently at a nuclear face-off with India if situations lead to that, in a recent television address.

Similar to Pakistan, the Indian Army is also developing a short-range surface-to-surface ballistic missile, Shaurya. Shaurya missile is capable of hypersonic speed and it can carry a payload of one-tonne.

Shaurya missile is capable of carrying different types of warhead including both nuclear and conventional up to a range of 600km.